PLP Henchman say we BAD PAY AND WE GAT BAD WAYS! BOY I TELL YA LISTEN TO WHAT THE PEOPLE WHOSE SALARY WE PAY ‘GATS’ TO SAY ABOUT US! –

The Bahamas government has never defaulted on any of its financial obligations to local or international agencies and institutions. Not to the Inter American Development Bank, the World Bank, the International Monetary Fund, the United Nations or CARICOM. No Bahamian government has compromised the full faith and credit of the Commonwealth of The Bahamas. I dare anybody to show otherwise. On that score, the government of the Bahamas has not failed its people.

The government floated $200 millions in bonds back in 2003 and just recently the government floated another $300 million of public debt on the international market and both times the securities were oversubscribed. This is tangible evidence of the level of confidence international investors have in the full faith and credit of The Bahamas. I know for a fact that on the 2003 issue, investors were paid their premiums of $7 million in May and November of each year; the government has not defaulted on those payments to this day.

But can the Bahamian people say the same regarding our tax obligations to our government?

It was recently reported in the media that Bahamians owe the government over $550 million in real property taxes ($557 million to be exact). The government offered them an amnesty period laden with incentives, but collected only $20 million of the $550 million bill. Of that $550 million tax bill, commercial properties accounted for some $341 million. I sincerely hope that nobody associated with the Coalition for responsible taxation is in that that delinquent grouping. They cannot be in arrears if they and their anti VAT campaign are to have any credibility with the public.

Further, arguably one of the greatest collective acts of tax fraud against the government take place in the customs clearance facility at the LPIA where literally thousands of Bahamians routinely under report the value of taxable goods and services purchased abroad, mostly in South Florida. Bahamians do this with impunity, without remorse and are cavalier about this irresponsible, harmful and unethical practice. The narrative on NIB payment compliance is eerily similar. Too many Bahamians do not believe that they should be held accountable and they have no intention of abandoning this practice.

These are precisely the practices that helped to get us into this fiscal quandary today yet Bahamians bark and balk at the idea of VAT as a viable instrument of tax reform. This is beyond irony or hypocrisy; this is madness.

This is akin to stabbing somebody, then blaming them for bleeding. This is akin to the patients at Sandilands lecturing the doctors and nurses on how to run the facility and on how to administer the medication protocol.

Bahamian thespian Ronnie Butler said it best when he sang “I know them long time – them people is mine” and “we gat bad ways and we bad pay.” When it comes to paying taxes, too many Bahamians have bad ways and are bad pay.

But in the end, the government of the Bahamas must do what it has to do because at the end of the day and despite the deafening din of dissent, the government must protect the full faith and credit of the Commonwealth of The Bahamas because only the government will be held accountable. 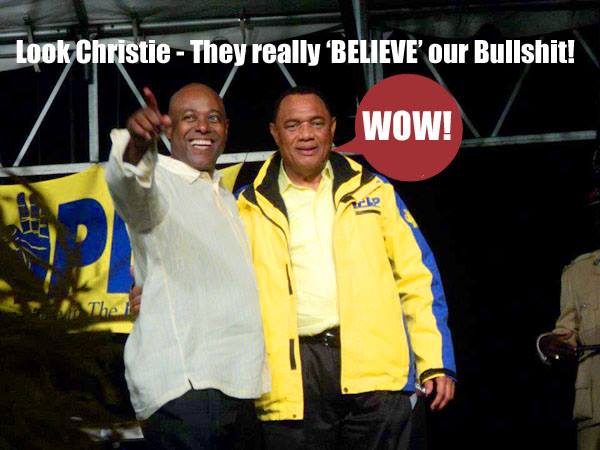