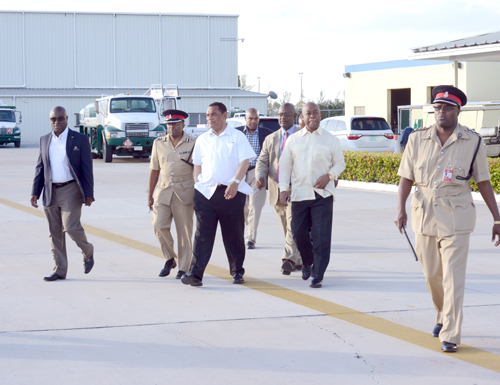 Prime Minister, the Rt. Hon. Perry Christie and Minister of Tourism the Hon. Obie Wilchcombe on the tarmac at the Lynden Pindling International Airport, April 26, before leaving for the Fifth Summit of Heads of State and/or Government of The Association of Caribbean States (ACS), being held in Haiti.

The Summit will enable the representatives of the 25 Member States and 4 Associate Members of the Association to discuss, inter alia, the measures to be taken to reform the ACS and strengthen regional cooperation, the integration process and relations among the States, Countries and Territories of the Greater Caribbean, in order to effectively tackle the social, economic and environmental problems faced by their respective countries.