NASSAU, The Bahamas – Prime Minister, Dr. the Hon. Hubert A. Minnis and Deputy Prime Minister and Minister of Finance, the Hon. Kevin Peter Turnquest led the verification process for Members of Parliament prior to participating in the weekly Cabinet Meeting on Tuesday (August 15, 2017).

Prime Minister Minnis and Deputy Prime Minister Turnquest were two of 15 Cabinet Ministers to take advantage of the opportunity provided by officials from the Public Treasury Department who were on hand at the Cecil V. Wallace-Whitfield Centre to conduct the verification process for public service employees there.

Verification Centres were established at Ministry of Education schools in New Providence and at Government/Administrator’s Offices in Grand Bahama and the Family Islands since the process began on Tuesday, August 8, 2017. Verification ends Thursday, August 31, 2017.

Treasury officials say Public Officers who are assigned to the Ministry of Foreign and the Ministry of Tourism overseas offices, are expected to verify at their respective locations, “following the procedures that have been forwarded directly to them by the Treasury Department.”

Persons who fail to present themselves to be verified will have their salaries interrupted – not ceased — beginning September, 2017, until such time as they comply with the verification and reinstatement process.

Treasury officials further say the 2017 Verification Process is not new in Government, as “some form of the process has been undertaken by all serving Treasurers.”

Officials say not having up-to-date data can, for example, affect employees’ current and future National Insurance benefits and also their Treasury Pensions.

Allowances have been made for public service employees on vacation within and outside of The Bahamas. Those traveling outside of the country whose return date will not allow them to return to The Bahamas ahead of the August 31 deadline, can verify at any Bahamas Tourist Office (BTO) or Foreign Affairs Mission abroad while those within The Bahamas can verify at the Administrator’s Office in any Family Island, along with the Public Treasury (Central Abaco and Freeport, Grand Bahama). 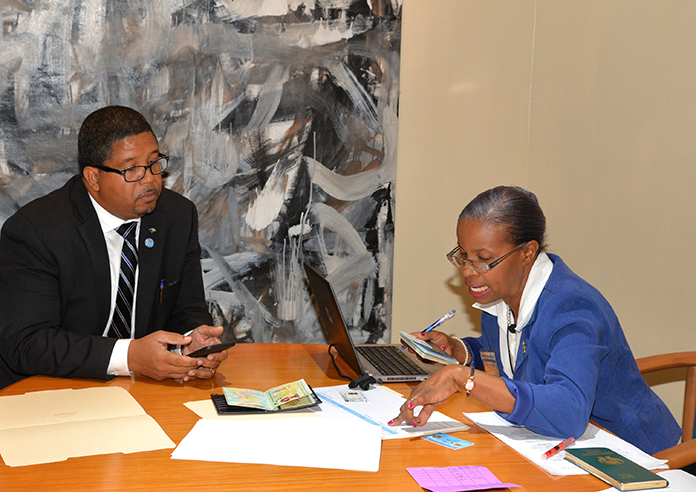 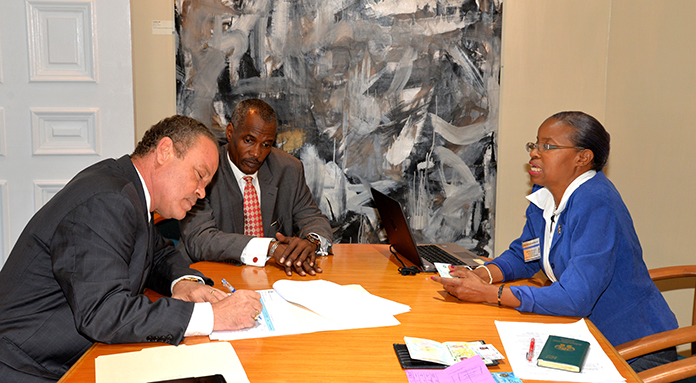