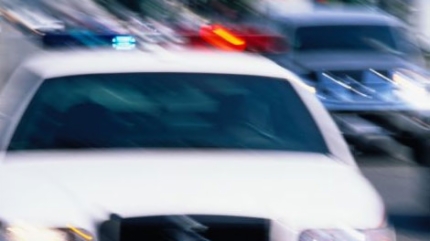 Around 1:30 am on Saturday 8th October, 2011 police received information of a fire at St. Vincent Road off Faith Avenue. Firefighters responded and on arrival met a four (4) room single storey wooden structure destroyed by fire. Officers extinguished the remaining blaze and on examining the structure discovered human remains of a 75 year old man burnt to death beyond recognition.

TWO TRAFFIC FATALITIES IN OUT ISLANDS

Cat Island
The first incident occurred around 7:15 pm on Friday 7th October, 2011 at Queens Highway, Cat Island and involved a white Ford F-350 truck and a white 250 motorcycle. Both the driver of the truck and operator of the motorcycle were traveling west on Queens Highway when the operator of the motorcycle collided into the rear of the truck.The 18 year old motorcyclist, of Zonicle Hill, Cat Island received serious injuries and was taken to the local clinic where he later succumbed to his injuries.

Inagua
The second incident occurred around 7:30pm on Friday 7th October, 2011 at the intersection of Ashwood and East Streets, Matthew Town, Inagua and involved a white Ford Ranger truck and a four wheel ATV (All Terrain Vehicle). The driver of the white Ford Ranger truck was traveling south along East Street and the operator of the ATV east along Ashwood Street when the two collided.   The 21 year old ATV operator of Maud Street, Inagua received serious injuries and was taken to the local clinic where he succumbed to his injuries.

TRAFFIC FATALITY – NEW PROVIDENCE
Police are investigating a traffic accident that has left a 45 year old male of Sea Breeze Estates dead. The incident reportedly occurred shortly after 12:00 midday on Saturday 08th October, 2011. According to police reports a gray 1997 Toyota Camry was traveling east on East Bay Street, west of Kemp Road when the driver of the vehicle collided with a pedestrian. Both people were taken to hospital via EMS personnel where the pedestrian succumbed to his injuries around 11:30 pm on Sunday 09th October, 2011. Active police investigations continue.