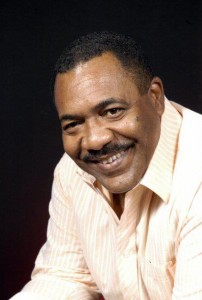 Nassau, Bahamas – – Thousands in the church music community along with family, friends and well wishers are expected to fill the halls of the Diplomat Center this coming Thursday July 19th at 7:30pm to attend a special memorial celebration in honor of the late Dr. Mark Anthony Bethel.

Dr. Bethel, a world renowned Praise & Worship leader, singer & songwriter, died on Wednesday July 11th at the age of 56. His death came as a major shock to the national and international church community and has left a deep void within the local and regional gospel music industry especially in the area of Praise & Worship. Considered by many as “The Father of Praise & Worship in the Bahamas”, Dr. Bethel served as the director of the music and fine arts department at Bahamas Faith Ministries International for over twenty (20) years and he also served as the founder and president of the A.S.A.P.H Worship conference, the first of its kind in the Bahamas and the Caribbean. Under his leadership, the A.S.A.P.H Worship conference was successfully established in several countries including the US Virgin Islands of St.Thomas and in Paris France, where hundreds of believers including praise team leaders were personally trained by Dr. Bethel in one of his many workshop and conference sessions.

Dr. Bethel was also a member and lead vocalist of the “The Love Singers”, a popular local gospel group that got its start in the 1980’s and sky rocketed to national success with hit songs like “Christian ABC”. “Real Man” He also recorded several albums with Bahamian music producer Chris Fox including “The Highest Level of Praise” and in recent years he released an original contemporary hit single, which was nominated for a Marlin Award. Throughout the years of his work in the music ministry, Pastor Mark as he was affectionally called, poured his life into hundreds of psalmists, praise team leaders, singers, musicians, liturgical dancers, pantomimist and recording artists, many of whom will gather to celebrate his enormous contributions during a special memorial celebration this Thursday July 19th, 2012 at Bahamas Faith Ministries Diplomat Center at 7:30pm.

The memorial celebration is being called “Jubilee-A Celebration of the Life, Music & Ministry of Dr. Mark Anthony Bethel (1955-2012)” and according to one of the organizers Kevin ‘Minister K’ Harris, this theme fits the multi-talented worship leader well. “If you knew anything about Pastor Mark Bethel you knew that he was a very charismatic person who always brought joy and hope into the lives of those who he came into contact with. He was always full of life and he LOVED to worship. He was not a sad or depressed person, in fact he was the exact opposite and so we thought that the best way to remember him would be in the form of a very exciting yet passionate Praise & Worship experience that also captures the variety of musical styles that he loved and so we settled on “Jubilee” says Harris.

The liturgical dance group under the leadership of Dr. Ann Higgins and Pastor Henry Higgins will also minister and there will be also be a special performance of Dr. Bethel’s hit single “Real Man” by Minister James Hepburn who will be backed by the award winning male vocal group “Vision”. One of the highlight of the evening will be a special performance by Dr. Bethel’s former group “The Love Singers” who have not played together for almost twenty (20) years.

Dr. Bethel will be laid to rest following his Home Going Service scheduled for this Saturday July 21st at 2:00 PM at Bahamas Faith Ministries Diplomat Center on Carmichael Road.