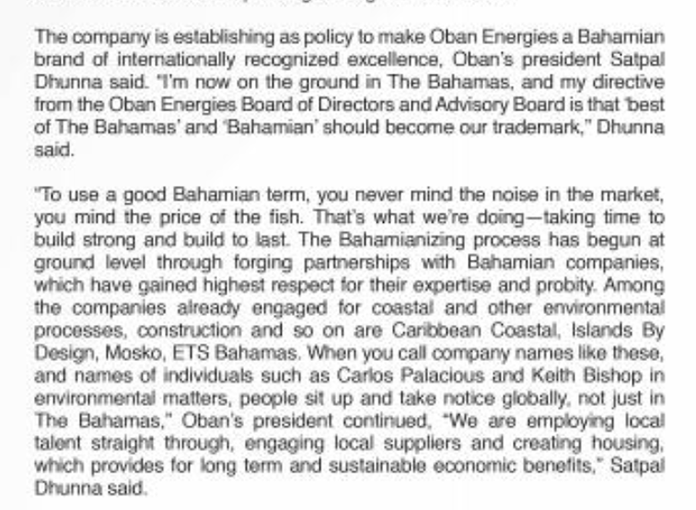 Nassau – The Prime Minister tabled in the House a signed Oban Energies Heads of Agreement reportedly signed by Satpal Dhunna dated February 19th, 2018. However, today [March 20th] the PM communicated to the Lower House that Dhunna left the Bahamas on Feb. 10th as he had other engagements. The PM never said the signing was a ceremonial signing, nor that Mr. Peter Kreiger was signing on behalf of another individual. We learned that later, thanks to the press.

And we know Satpal Dhunna does not exist!And someone please tell us: Why did Peter Kreiger resign from Oban Energies on March 1st if he did nothing wrong?