A total lack of organization! Volunteer sucker punched while helping victims! Were is NEMA? 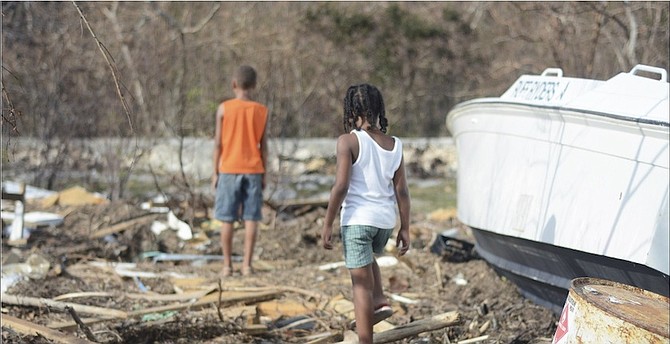 While I’m not discouraged, I’m highly disappointed. To ask persons to come and volunteer with the relief efforts for Long Island and then be sucker punched in 3 out of 5 interactions within a 12 hour period on the island after leaving our families in New Providence and our jobs was truly disappointing.

For starters, there was absolutely no organization at the airport in the north, supplies piled up and anyone could walk up and put supplies in their vehicle and drive away when in essence the supplies need to be getting to the south as quick as possible.

The police in the north with the satellite phone doesn’t know the number for the police’s satellite phone in the south. The island administrator stuck in Clarence Town. Over 400 lamp poles down or damaged. Then to get to the distribution center in Dead Man’s Cay and be told that the supplies are not getting to the center was another disappointment. Then to be told 2 hours later by someone else that the majority of the supplies were dropped to the center and “here’s the footage”…

You have to then ask yourself why the misinformation, lack of organization and confusion so many hours after the hurricane.

Then to be told we will have you back to the airport to catch the flight at 7:30pm and then have the driver stop to chit chat for almost 20 mins while 30 mins away from the airport and flight time. To not making the flight because the pilot is on island and said he’d be back for 7 but did not show. To being offered a room paid for by the government so that we can stay until a flight in the morning – but being asked for $175.00 for the room (which was offered to us since we are assisting). To being offered a lift at 7am by a guy with his own plane, dropped to the airport by his wife and then he turns around at 8:15 at the airport and says, “so your still coming with me? Well it’s $130 per person” (wow…). To one of us being cussed out twice in the space of an hour by locals. To having no phones to notify your wives and children that we are stuck on the island. Disappointing!

Then to log on to social media and several persons from Long Island that are not in Long Island leaving messages to say, ‘Thank you all for helping our families’.… Makes you realize that, you can’t please everybody and you can’t let everyone suffer because of a few inconsiderate, ungrateful and greedy people.

Let’s keep the donations coming – for all the islands and families affected. You may get disappointed with a lot of things going on or not going on, but don’t be discouraged!