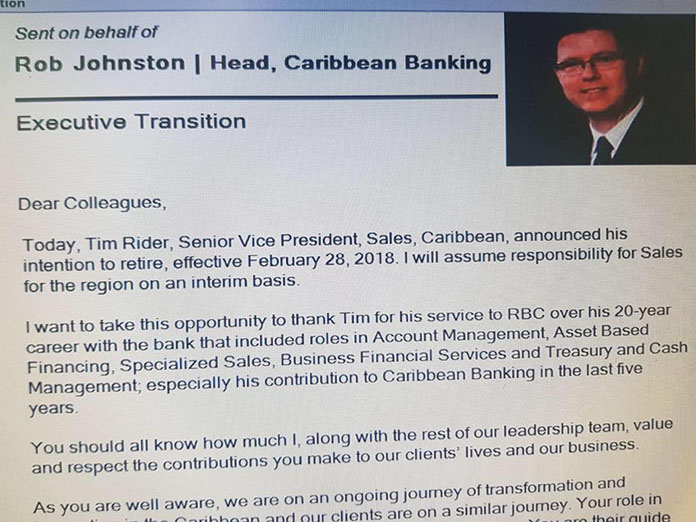 Nassau – Bahamas Press is reporting this afternoon that RBC Bank’s Senior Vice President of Sales Tim Rider is the latest to fall on his sword and announced his retirement from the bank effective February 28th.

In a circular by the bank the news came to employees that Rider will make an early retirement.

This announcement came after Opposition Leader Hon. Philip Brave Davis made an intervention to the bank’s management in Canada expressing his grave disapproval and disgust following the comments of Mr. Rider in the dailies.

Mr. Rider suggested that inadequate fiscal controls and the country’s substandard education both pose the biggest threats to the local economy, adding that corruption is a paramount issue The Bahamas has to focus on. He added comments, which echoed that of PM Hubert Minnis suggesting that the country has a problem with corruption. Well Wait!

His comments came during the Bahamas Outlook event in late January and grew widespread anger and disgust by Bahamians, with many calling for him to leave the country.