Nassau, Bahamas — The Progressive Liberal Party brands the statement made by Commissioner Reginald Ferguson as a wicked bold faced lie that there is no evidence to suggest that changes to the Urban Renewal Programme has resulted in an upsurge in crime. The PLP contends that for the Commissioner to say otherwise in the face of escalating serious crimes in “over the hill” areas where the Urban Renewal Programme once flourished is evidence that the Commissioner is clearly out of touch with the extent of crime and the harsh realities facing locals and visitors alike. As the Royal Bahamas Police Force Staff Association has now expressed, “Commissioner Reginald Ferguson’s retirement  from the top post is a step in the right direction…the time has come for new blood to be injected into the Royal Bahamas Police Force”.

Since the PLP’s Convention which highlighted the significance of the Urban Renewal Programme and its effectiveness in combating the crime problem, the FNM and their detractors have sought to discredit the Programme as best they can. However, their efforts have led many to question their motive and Bahamians at all levels know without a doubt that the FNM’s cancellation or ‘watered down’ version of the Programme has led to erosion of the community and the upswing in serious crime incidents. 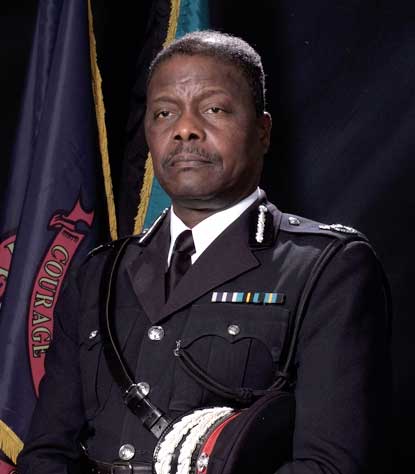 The Tribune of Monday, November 23, 2009, quotes Commissioner Ferguson as saying that “I don’t have anything that indicates that anything that has been done with Urban Renewal is causing any upsurge or any criminal activity in this country. I don’t have any empirical [evidence] that supports that view”.

The PLP produces the following empirical evidence. The table below provides some statistics that are available for the years 2007-2009.

The Hon. Tommy Turnquest, Minister of National Security disclosed that so far for 2009, serious crimes are up by some 29% over 2008 figures. For the last quarter, some 30 murders were recorded in comparison to 19 for 2008. Mr. Ellison Greenslade, Deputy Commissioner of Police has stated that crime is at an unacceptable level. He further expressed that most of the crimes are occurring in the Southern Policing Division. The significance of this is that in the Southern Division, Urban Renewal was vibrant and alive. During the PLP era, crime levels in this area were dramatically down. No one can doubt that had Urban Renewal not been cancelled or reduced, crime levels would have remained manageable.

As a matter of fact, had Urban Renewal not be watered down, the recent blatant daytime robbery of some 18 tourists at Chippingham would likely not have occurred. The aggressive Police Inspector who was well suited for and headed the Fort Charlotte Urban Renewal Office was moved and placed in the Police Canteen and was replaced by an FNM political appointment with no experience. To add, the business place of the Hon. Frank Watson, former Minister of National Security was also recently robbed in this area. He may attest that had the Urban Renewal Office not been shut down, these incidents would likely never have occurred.

The Commissioner should be the last person who talks about empirical evidence as he has failed from 2007 to produce anything to suggest that his administration has impacted crime. As a matter of fact, he said in an interview with the media that “his Organization” is not producing anymore statistics or otherwise for public consumption. How then can he expect to see any empirical evidence when he is refuses to do his job? The PLP has proven that the FNM made a fatal mistake in cancelling/reducing the Urban Renewal Programme, and until they accept this reality and reintroduce the Programme as it was under the Hon. Perry Christie and the PLP, The Bahamas will continue to experience this crime wave.