Will URCA Investigate this latest catastrophic of Cable Bahamas and Aliv?


Nassau, Bahamas – Residents are livid following the April Fools Day shutdown of Cable Bahamas and Aliv. The timing of the network collapse was catastrophic and forced businesses all across the country to turn away customers seeking to use point of sale access. What a disaster!

Some residents must call URCA out on this; they are responsible for protecting consumers from such negative incidents where, on a Government Payday Weekend, Cable Bahamas and Aliv made sure consumers around the country were blacked out!

Imagine that! Not being able to watch cable and, well, the second mobile phone system went on da blink. Where is URCA?

But what was funny was the backlash following the blackout where residents took to social media and told the twins [CB & Aliv] a piece of their minds.

Neisy Jay wrote: “Where are my Aliv friends now [Eyes]…#illwait… don’t all post at the same time.”

Jeremy Pinder wrote: “Maybe yall should change the motorbike in y’all commercial to a bicycle with one wheel.”

Rayne A. Heastie wrote: “Y’all doing for more. It’s been 3 hours; we need a detailed update. This caused the issue! We are doing this to fix it, and service should be restored within realistic time frame. Chop…chop! I have 6 episodes of Real Housewives of Atlanta to catch up on!”

Cable Bahamas issued a short statement and has yet to tell the country what was the real cause for the blackout. URCA is pure straight up ‘Missing In Action’! What is dis? Meanwhile, a woman with two trolleys filled with items rolled up to the counter all to find out that her cards could not be charged as a result of the blackout.

Perhaps Cable Bahamas and Aliv with dey Unchristian self after issuing their monthly bills on April 1st decided to force Bahamians into the season of Lent. All we know is this: someone better start talking fast before subscriptions begin to cancel. 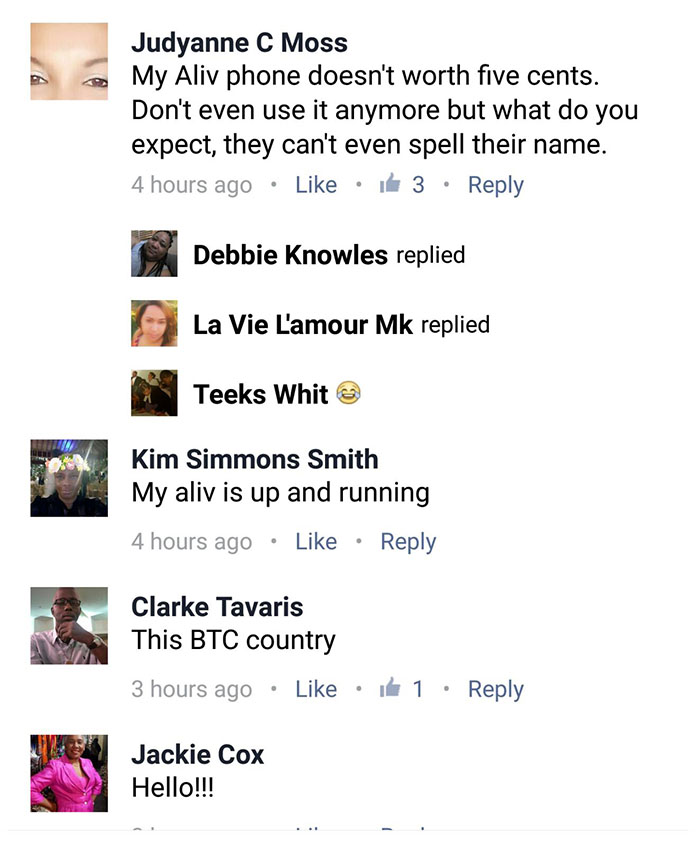