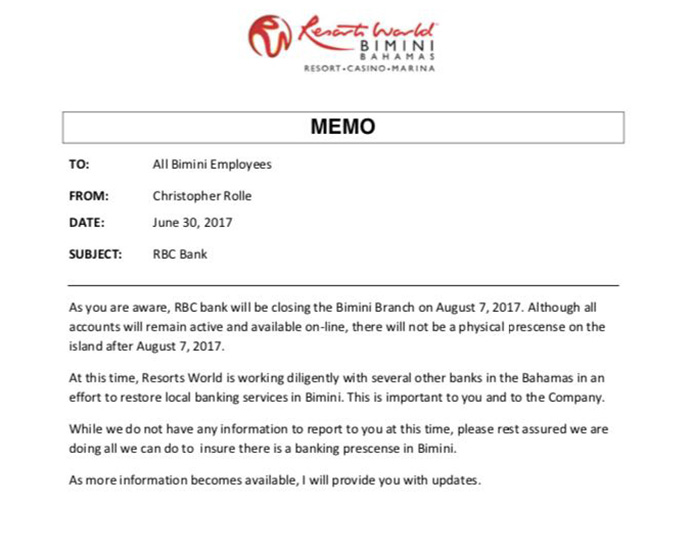 Nassau, Bahamas – As workers go home on Grand Bahama and fear of the unknown sinks in as the Minnis Government victimize Bahamians on Bimini, a new political storm is developing.

Workers at the Resorts World are learning that the RBC bank is leaving with its ATM and soon the banking system in that part of the country shall vanish.

A letter circulated to staff this afternoon to confirm the developments noted that they are feverishly attempting to address the problem.

Bimini looks like it’s going to be forced into the 21st century and, from the looks a things, some persons are going kicking and screaming!