FNM Stalwart Fred Ramsey gets off with $15,000 fine…as the country suffer with blackouts 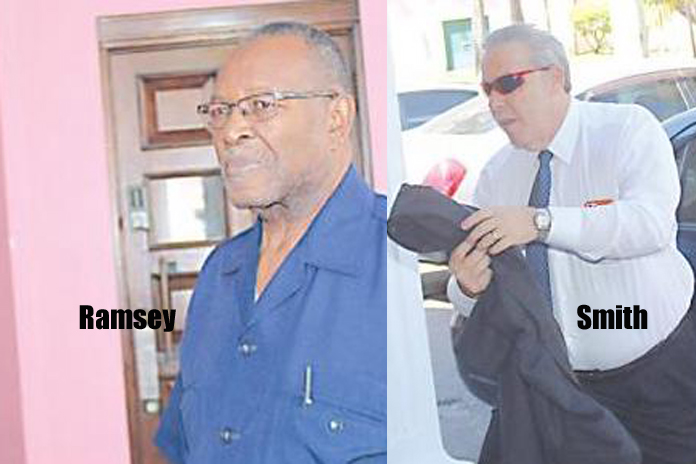 The facts and the preponderance of damning evidence presented in the recently concluded bribery case of former BEC board member and Senator Fred Ramsey must put to rest the deceitful and false FNM narrative that they are the party of honest people.

The FNM does not believe that they should be held to the standard of accountability and transparency in government or in opposition.

While the Progressive Liberal Party is obliged to accept the ruling of the Judge, and re-affirm our deep support for the importance of a strong and independent Judiciary, we offer two comments on the case:

We trust that the entire community accepts the rationale of the Judge as to why there was not a jail sentence imposed. Specifically, we pray that it does not play into the narrative of those who speak about a social divide where for example someone who is a high ranking member of the Free National Movement (or any other political party) is somehow treated differently from someone who is not.

We also note that the fine of $14,000 is unlikely to cover prosecution and court costs.

In the public interest, this matter must not end here for following reasons:

There must be a meaningful review of the full impact of this bribery on the operations of BEC.

Public trust in governance must not be undermined. Specifically, it would require an unreasonable degree of naivety to believe that this bribery could have been perpetrated exclusively by one Board member especially when the cabinet decision ran contrary to the decision of the full Board of the Corporation. The cabinet decision led directly to the retirement from that Board of one of the members (who was a former BEC executive) in strong protest against the cabinet decision and to protect his personal reputation.

Accordingly, the PLP calls for a Parliamentary Select Committee with powers to send for persons and papers to investigate the following aspects of the matter.

The Committee would seek to provide the following answers:

What was the performance of the D Alternator 11 from the execution of the contract to commissioning (including any delays), to the handing over period to June 30th 2016?

What additional costs BEC was obliged to carry which impacted its ability to provide power to its customers?

Management and the Board concluded that due to negative experiences with DA 11, it could not endorse securing DA 12 from the same provider. What was the performance of DA 12 from the execution of the contract to its commissioning (including any delays) and the performance of the unit post the handing over period to June 30th2016? Analysis must include any cost BEC was obliged to carry which impacted its ability to provide power to its customers.

What was the additional cost of diesel fuel to run the backup Gas Turbine generators at the Blue Hills Power Station when DA 11 and DA 12 were offline during the periods mentioned above?

What were the human costs and misery index to BEC’s thousands of customers in New Providence over many years?

Since Opposition leader Dr. Hubert Minnis is on record as expressing a low tolerance for corruption, we call upon him to support this call for this committee and in the process make it a truly bi-partisan initiative. The basic objective must be the public good which clearly includes the search for truth. It was at his leadership launch rally that Dr. Minnis once again called for anti-corruption legislation.

It is important to note that both of the Alstrom 11 and 12 Generators continue to cause major problems for BEC and its many customers in New Providence as the amount of rolling blackouts and load shedding activities are unacceptably high.

The Ingraham cabinet clearly refused to accept the disastrous performance facts on D11. The disaster was compounded with the purchase of the second unit, D12. This purchase of generators from Alstrom was clearly the worst Investment ever made by BEC.

It is time to come clean with the Bahamian people on this BEC debacle.