It’s the work of an arsonist who should look in the mirror before taking his medication! Everybody ain’t crazy or fool to figure this one out…

This was the story of the week! Why is it fire and confusion follows Rodney Moncur everywhere he goes? 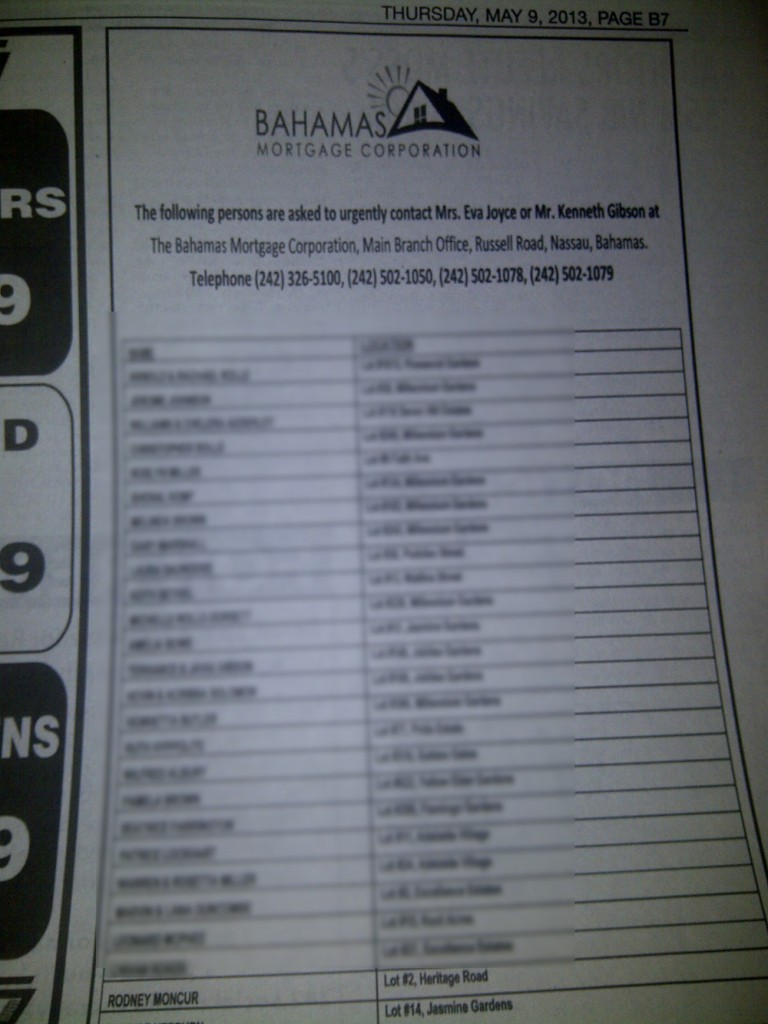 Nassau, Bahamas — Rodney Moncur, the loud Creole-speaking Hubert Ingraham appointed Justice of the Peace for the district of New Providence, Paradise Island and Potter’s Cay was at it again on the tele every night last week, fuming at the mouth after his abandoned home became the work of some arsonist[s].

Sometime around 4am Thursday morning, the dilapidated and abandoned Black Village residence of the political activist was gutted in flames in what Moncur described as the work of an arsonist.

Amazingly the former DNA candidate told reporters it was luck he and his wife were not home as he believes if they were home they would not be alive today.

Bahamas Press believes something is indeed sinister here because of Rodney Moncur’s quick action to call up the press and dress tidy as he told the country what had happened to him. Before we could smell smoke, every media in the country was down in Black Village walking through the charred home owned by the Bahamas Mortgage Corporation and here’s where our story begins.

Believe it or not we have good reason to believe the burnt down, abandoned home of Rodney Moncur is indeed the work of an arsonist and here’s why:

1) Firstly Moncur in his report to the media recorded that he was telephoned about the fire minutes after it began. He was able to tell the press where he was certain the fire stated – in his bedroom, he declared.

2) Moncur, since last year, moved out of the Government Home after pressures came from his mounting arrears at the Bahamas Mortgage Corporation. Moncur could not bear the overwhelming debt as he was a man on a small salary.

3) His electricity supply by BEC, Cable Bahamas, and the Water and Sewerage Corporation had been disconnected since early 2012 – prior to the General Elections – which leaves many to wonder who in the DNA examined the financial suitability of Moncur to qualify as a candidate before he became ratified by the party.

4) This is not the first time a property connected to the DNA candidate had been charred – at least six times his office near his former Black Village residence had been set alight by some “unknown” person[s].

5) Before this recent fire Rodney Moncur’s now defunct Worker’s Party Office on Claridge Road was also set alight by someone – again – at the time Moncur and his group had owed their landlord funds on that building. That property also was burnt to the ground.

And so we are not surprised. Not us at Bahamas Press – and so why should you? Fire has always been the symbol of attention by persons who love confusion but should be under heavy medication in some asylum.

This is interesting and puts further questions at the feet of the man who is on medication.

What members of the WUTLESS MEDIA did not know is this:

The same morning Moncur’s ABONDONED HOME when up in flames, the BMC had published an ad in the Tribune highlighting the fact that they needed to have a conversation with Moncur over his arrears on the property. He refused an audience with the BMC. The BMC found it impossible to contact the man who has much to say about “GANGSTERISM” in the country.

Moncur had failed to sit down with agents at the BMC to secure payments on the home he had moved into 13 years ago – and left abandoned almost one year ago.

No one in the press sought to mention that.

Added to that, amazingly within hours after the home was destroyed by fire and left as a smoldering shell, Moncur and friends were up online announcing a Commonwealth Bank account established for his relief and rebuilding efforts. He told the press prominent leaders of the community had made contact with him.

And so, like an actor sent from Hollywood with an Oscar Award Moncur lured the press cameras as he wept and spoke in Creole on national TV the day of the fire.

Something must be fishy here.

By Friday afternoon – after following Bahamas Press about these developments via our twitter and Facebook accounts as we reported on the story – Rodney Moncur was on the popular Hard Copy afternoon radio show, quickly rebuffing the claims reported by Bahamas Press as he angrily and violently charged libelous threats on our website.

We wrote how the political activist, who has attacked the COP and every other political leader for Hubert Ingraham, should go to the police station and offer a detailed report as to who, how, when and why his home was torched. He told the press half the story, perhaps he should find the same courage and tell the police.

Maybe, just maybe, CCTV in the area of Black Village could tell some of the real story, but we will leave that there.

What we find incredible though is this: no one reporting on this story questioned Moncur on the fact that, if he moved out of the home almost one year ago – knowing he failed to pay BMC! – why he is shedding crocodile tears on national tv and attacking the police is just incredible! 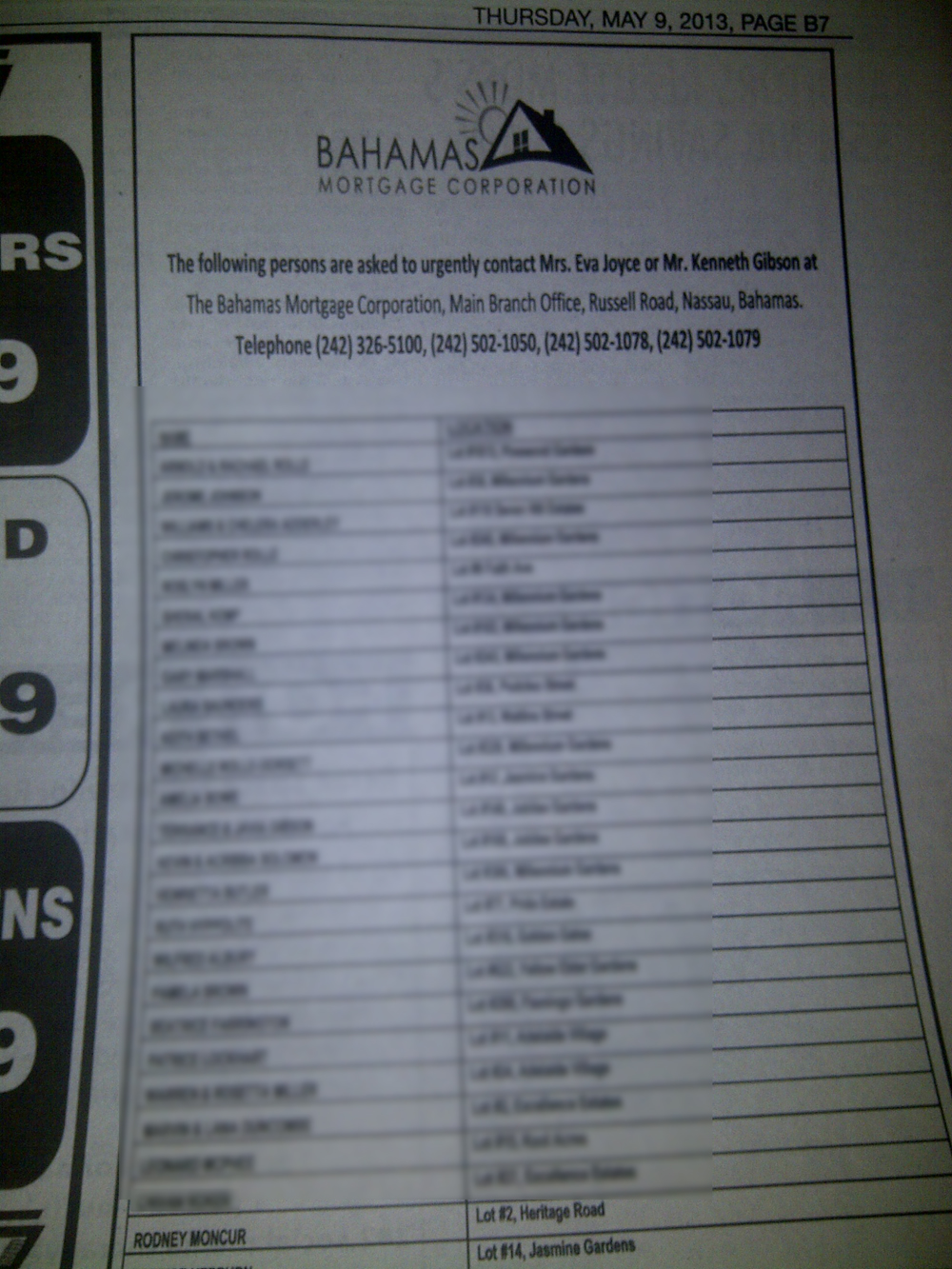