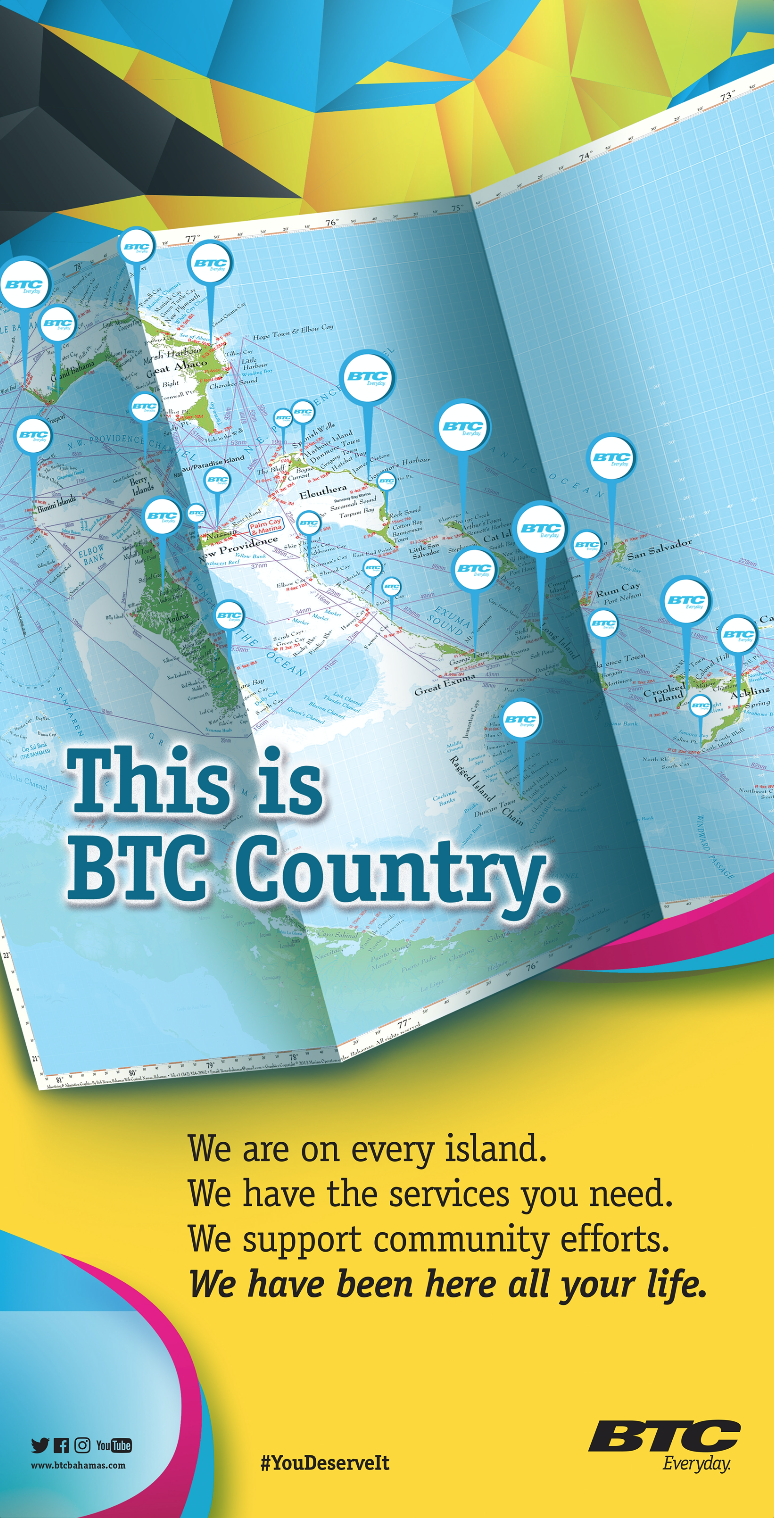 Nassau, The Bahamas. September 19, 2016. The Bahamas Telecommunications Company Limited, BTC is continuing its aggressive roll out schedule of fiber-to-the-home services throughout the country. The company has announced that it is now testing fiber-to-the-home (FTTH) in San-Salvador. Over fifty customers are currently beta testing the service.

CEO, Leon Williams said, “We made a promise to our customers in the Family Islands that we would connect them to FTTH and FLOW TV services first. For years, these customers have not had the opportunity to modern, state of the art television services. We intend to officially launch fiber-to-the-home and television in San-Salvador in just a few weeks.”

FTTH will provide customers with up to 1GB of speed right to their doorsteps. This new broadband infrastructure will make it easier to access and download online content and provide seamless access to a myriad of new IP based solutions.

Just ten days shy of Christmas in 2014, BTC initiated a test bed for television services in Bimini. Over one-hundred residents tested the service for a twelve month period. One year later, BTC officially introduced the service to Bimini. With the introduction of television, BTC became the country’s first provider of quad-play services; providing landline, internet, mobile and now television services.

ABOUT BTC: BTC is the first quad play provider in The Bahamas. The company offers a full suite of landline, internet, mobile and television services allowing customers to stay connected throughout The Bahamas. BTC is deeply rooted in community and supports a wide range of culture, youth, education and sporting initiatives. These include Junkanoo, Bahamas Junkanoo Carnival, IAAF/BTC World Relays and CARIFTA. BTC maintains a four year scholarship program with The College of The Bahamas and provides funding for the College’s endowment fund. Just recently, the company signed an agreement for the establishment of an Innovation Lab at the College. The company is jointly owned by Liberty Global and The Government of The Bahamas.