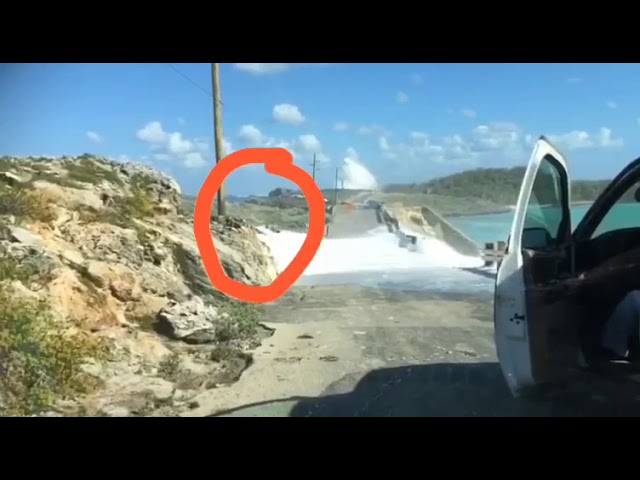 In the first incident, 2 Bahamian males on board a small craft enroute to Crooked Island found themselves overboard after their vessel capsized by tumultuous waves that have been generated due to a high-pressure system that moved into the Bahamas on Sunday past. One of the occupants was able to swim safely to shore, with the other still reportedly missing. RBDF air
assets have been overflying that area since Monday aiding in search and recovery efforts. There have been no sightings in this incident so far.

Even as the rough weather continues, RBDF has scrambled air assets to capture aerial views of the area in hopes of locating that missing American, as well as to assess any significant damages to the Bridge.

The RBDF is encouraging boaters and small craft to stay in port until the all clear is given. The Royal Bahama Defence Force continues to protect the territorial waters of The Bahamas and
“Guard our Heritage”.