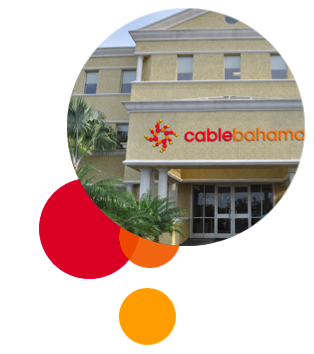 Nassau, Bahamas — If you think you are the only person now in a fight with Cable Bahamas and its injurious practices against its customers, then you need to read this article.

Bahamas Press can confirm justice at the Cable Company has gone on vacation and is lost somewhere in the Alps.

Information coming to our desk confirms more than 100 workers at Cable Bahamas have retained the services of a lawyer to battle what is being called “VICKED INJUSTICES” against the staff at the company. Now get this.

From what we know, Cable Bahamas has of late applied for and has had approved by the minister of immigration several work permits. One of the permits granted by the Foreign National Movement government was to hire a man by the name of Al Williams.

Williams heads up a department in cable called Customer Care. In that division, a host of over 100 employees signed contracts to work for Cable Bahamas for a period of nine hours a day.

The new seaweed washed ashore in this country has now directed managers at the Cable Company to order workers in Customer Care to work morning and evening shift covering the hours of their contracts. Now get this. Without consulting workers and without offering any kind of consideration, Williams is requiring customer service reps to come to work twice in one day. From early morning to noon and then again, from late evening into the night. Now what kind a JACKASS shift this is?

This means a worker, would not have sufficient time to drop their children off to school in the mornings, and pick or the time to pick them up in the evenings, SOMETHING ‘GATA’ BE WRONG WITH THAT!

Some at the company tell us it is possible the new Director of Customer Care wants to force contract workers to terminate their current contract by implementing such a new work schedule. Bahamas Press believes the idea is to shaft more Bahamians like one famous hotel in Exuma we know and commit another BACKSIDE RAPE of young Bahamians workers.

Whatever the case we warn the outgoing minister for labour to break his silence on this bastardizing treatment of the Bahamian workforce and immediately block the brewing dispute; that if it continues unabated, may cause disruptions at the Cable Bahamas!

And while ‘ya’ at it Minister, tell that damn BOSS HOG in the Cabinet to stop approving all these ‘friggin’ work permits while thousands of qualified Bahamians are unemployed!