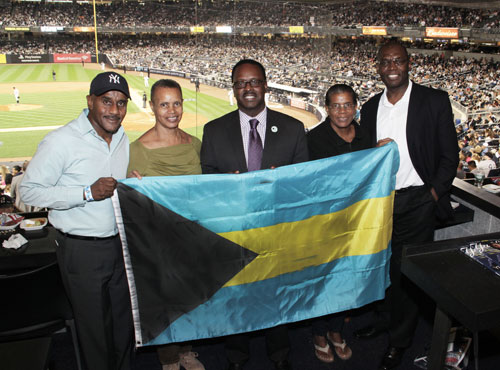 NEW YORK CITY, New York: The Bahamas Ministry of Tourism is looking to ‘get on base’ with the New York Yankees, seeking a partnership with the popular Major League Baseball (MLB) team.

The two sides recently began exploratory discussions on cobranding efforts that would expose millions of baseball fans to The Islands of The Bahamas brand. Director of Sports Tourism Greg Rolle led a team of sports representatives to New York to meet with New York Yankee executives Tuesday evening.

“New York is one of our major target markets and if we can establish a relationship with the Yankees that will help us penetrate the market, it could result in a boost in our visitor numbers,” Rolle said.

According to Minister Johnson, a partnership with the Yankees would be The Islands of The Bahamas on a different playing field from competitors.

“The New York Yankees has 3.4 million people attending their games per year, and have about 25 million people in the tri-state area who are fans of the franchise. Putting the brand of The Bahamas along with the Yankees brand would give us a world class platform to attract more visitors,” Johnson said.

“New York Yankee executives’ response to a partnership was very positive, very upbeat, and the possibilities are endless.”

The group’s main reason for traveling to New York City was to celebrate Bahamian Antoan Richardson’s recent call to the Yankees. The 30-year-old center fielder is just one of six Bahamians who have played in the major leagues.

Rolle said Richardson is now an Ambassador for country, and has the amazing opportunity to generate a lot of buzz for The Bahamas as he makes a name for himself in major league baseball.

“What Antoan did for us was open the doors to the New York Yankees for The Bahamas to come in. We may not have had this opportunity to speak directly with the Yankee executives if it wasn’t for Antoan being on the team,” Rolle revealed.

“We want him to know that we appreciate him, and The Bahamas is proud of his accomplishments.”

Richardson will be recognized for his accomplishments during a special dinner hosted by Minister of Tourism Obie Wilchcombe.

The Ministry of Tourism is positioning itself to be the premier destination for sports. MOT currently has partnerships with the Miami Heat, the Miami dolphins, the Florida Panthers International Association of Athletics Federations (IAAF). 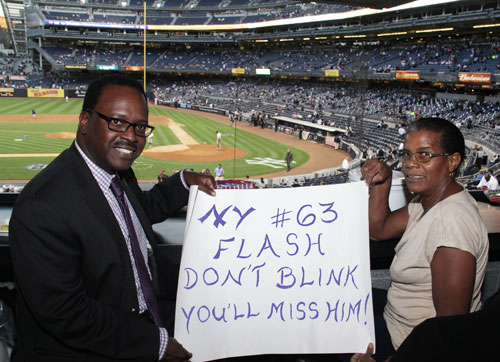