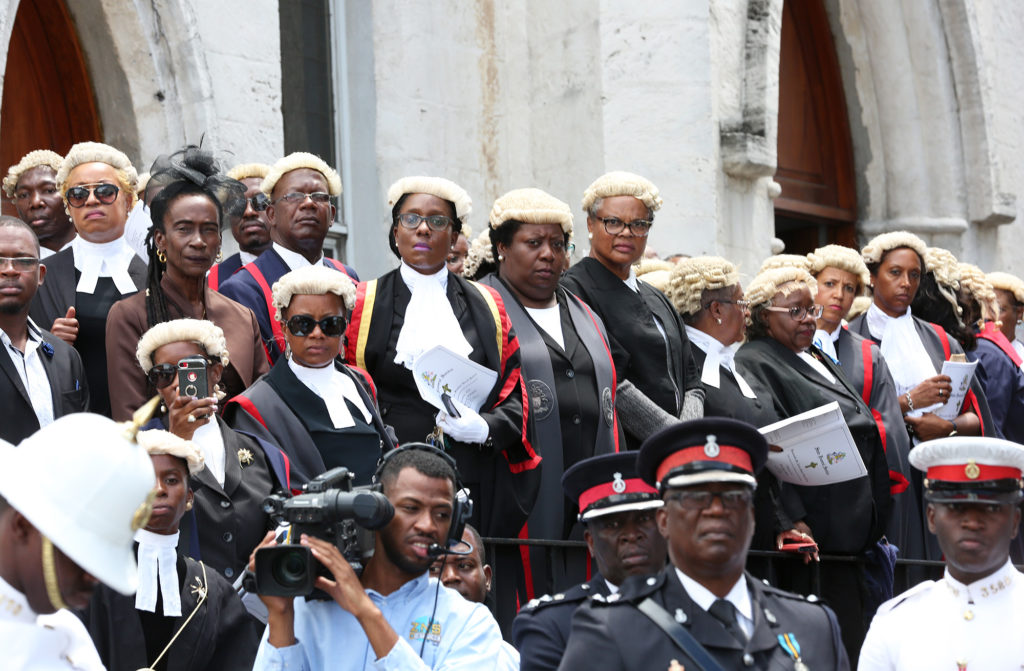 NASSAU, The Bahamas — Moments to be remembered: the State Funeral of the Hon. Mr. Justice Stephen Gerard Isaacs, Chief Justice of the Commonwealth of The Bahamas, September 7, 2018. The nation was declared officially in mourning as of Thursday, September 6, when the late Chief Justice lay in state at the Supreme Court and Flags flew at half-mast — until after the State Funeral, which took place at Christ Church Cathedral on Friday. (BIS Photos/Patrick Hanna) 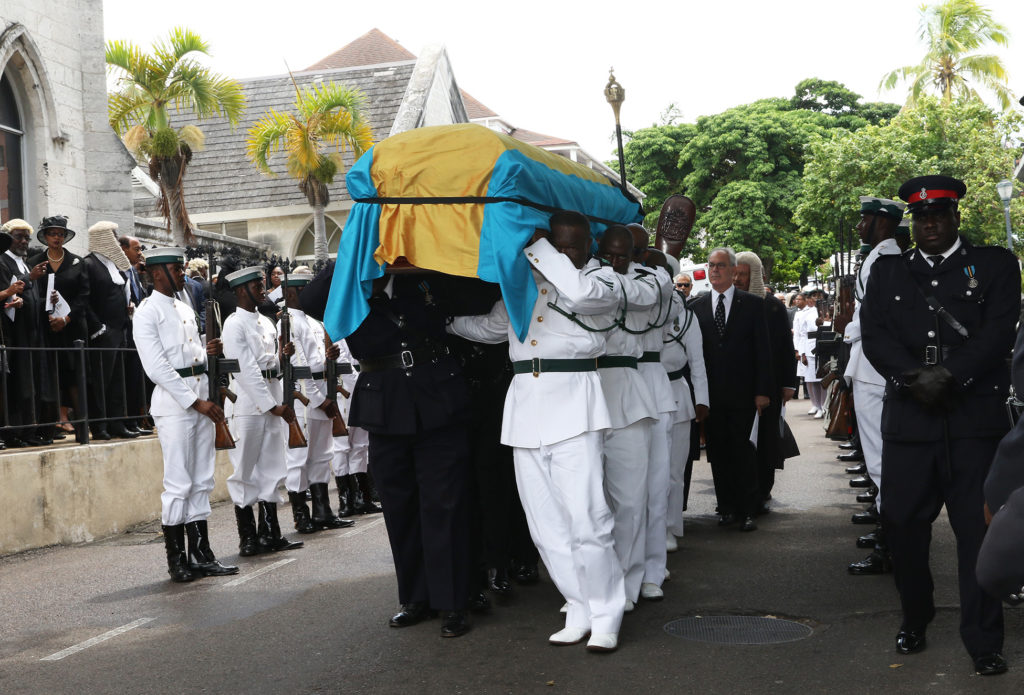 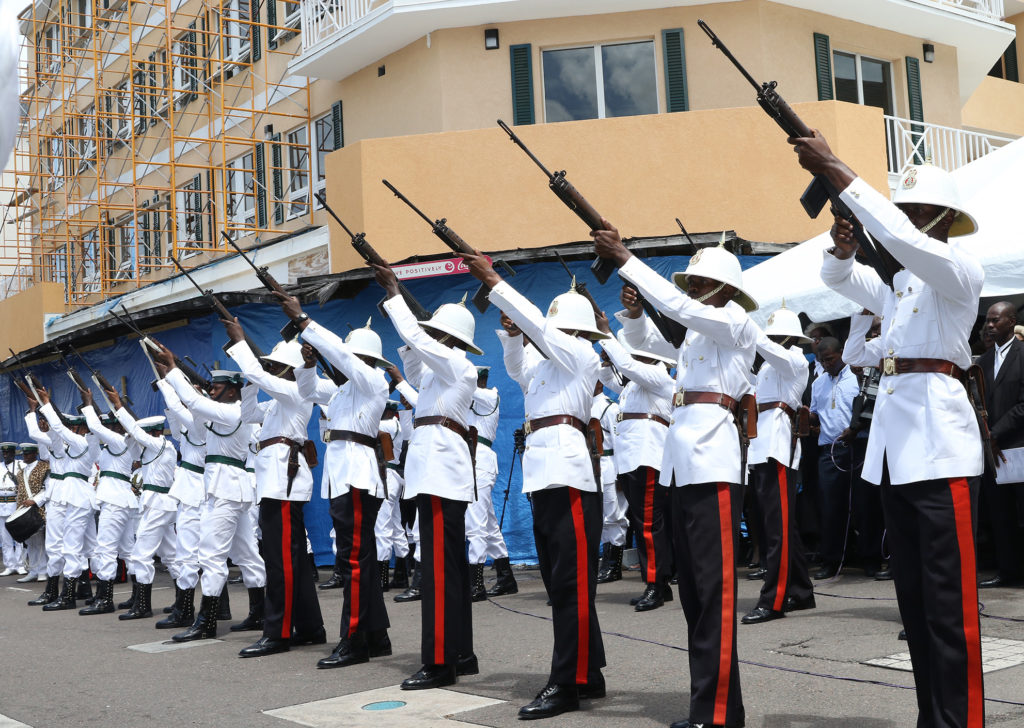 Procession of the State Funeral for Chief Justice, the Hon. Stephen G. Isaacs — leading from the Supreme Court where the Chief Justice lay in state, to Christ Church Cathedral for the religious service, September 7, 2018. (BIS Photos/Derek Smith) 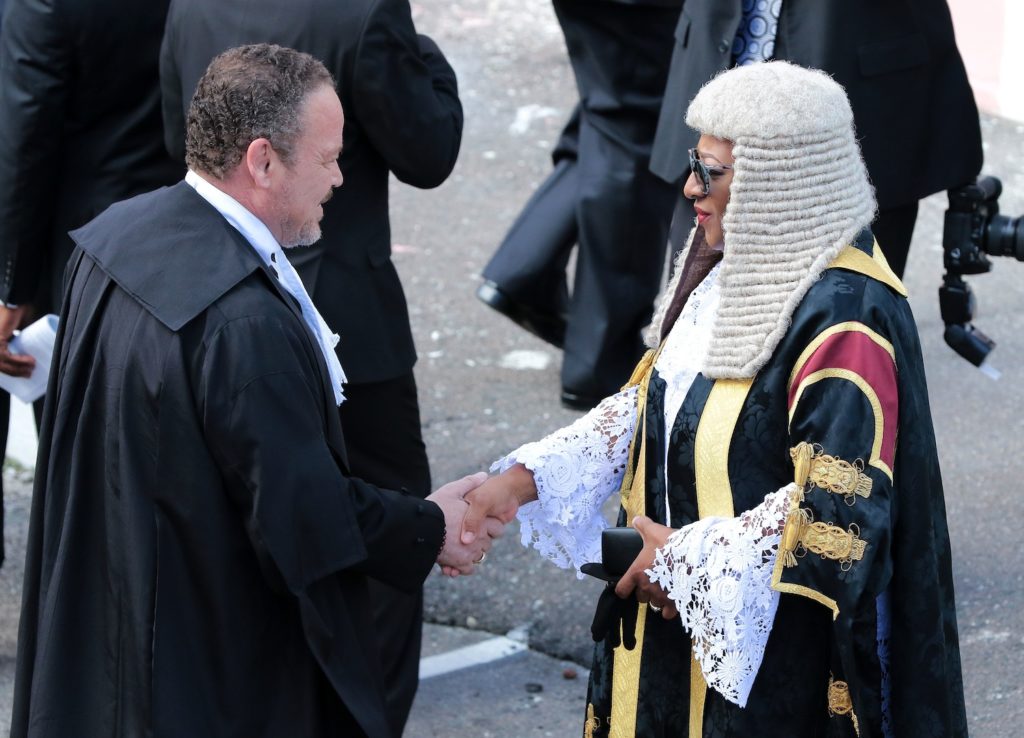 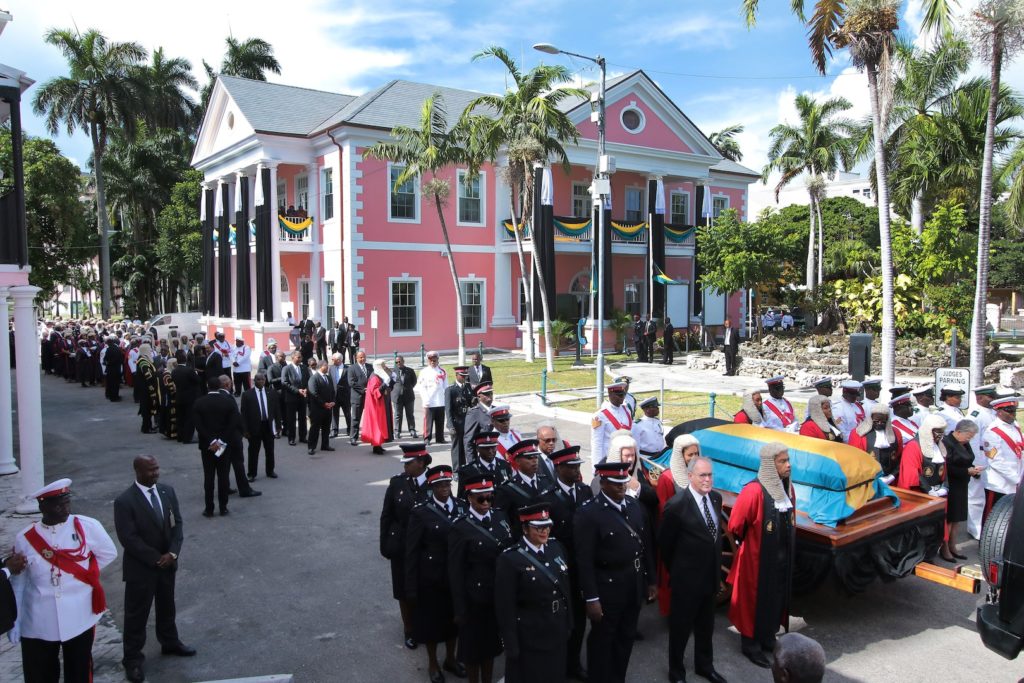 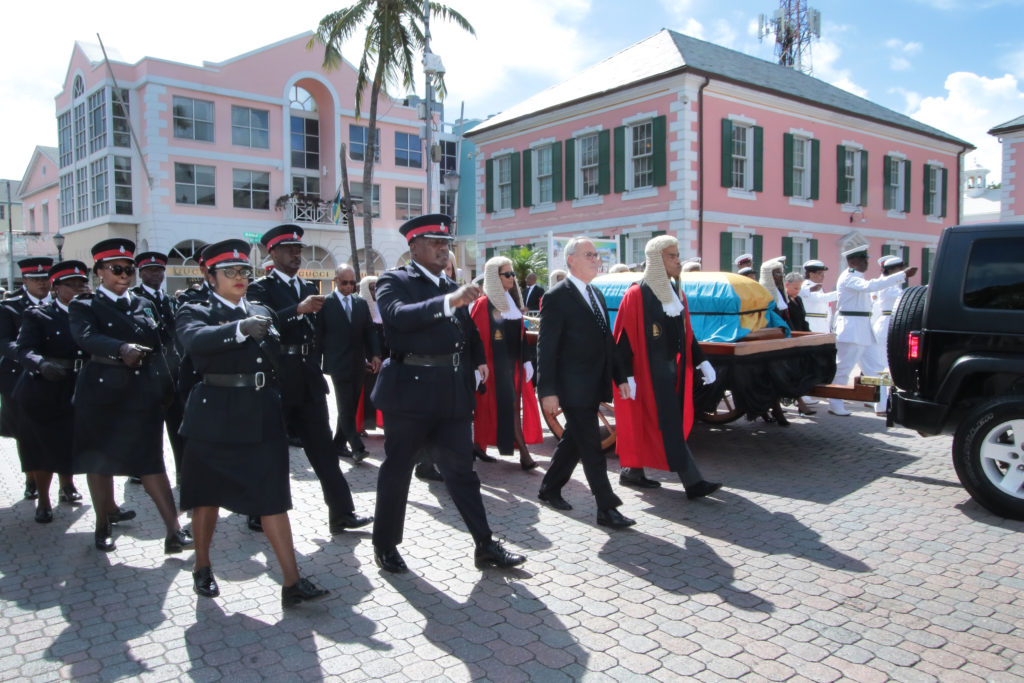 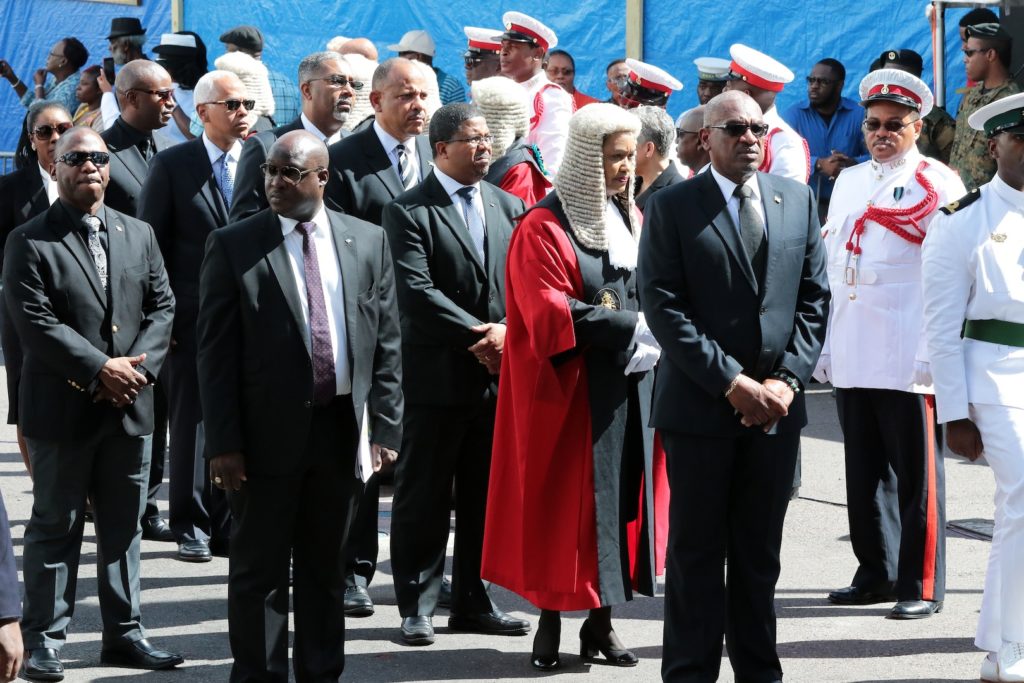