STATEMENT ISSUED BY THE OFFICE OF THE ATTORNEY-GENERAL 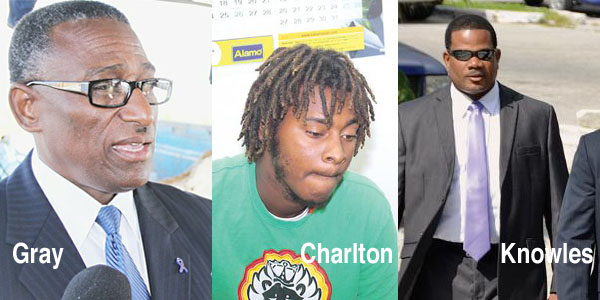 On Monday, 20 April, 2015 the Office of the Attorney-General received from the Commissioner of Police the case file containing the results of the comprehensive full, fair and impartial investigation and report into the allegations made against the Minister of Agriculture and Marine Resources, the Honourable V. Alfred Gray. The allegations, which have been widely reported in the media, concern the administration of justice and arise from the Minister’s interaction with Mayaguana Administrator Zephaniah Newbold in respect of a matter heard by Mr. Newbold in his role as a magistrate for the Mayaguana District.

Upon a careful and complete review of the file, and after consultation with senior prosecutors and other senior legal officials within the Office of the Attorney-General, it was determined that in the circumstances of the conflicting nature of the evidence it is not desirable to institute criminal proceedings against any person before any court in respect of any offence against the law of The Bahamas. While it may be tempting to draw conclusions from allegations reported (second hand) in the media, it is important at all times that evidence guides the decision making process. This is especially important to preserve fairness and the integrity of all trial proceedings.

Finally, so as to reduce the opportunity for such allegations in the future and protect the integrity of the system, the Attorney-General has recommended to the Chief Justice that stipendiary and circuit magistrates increase their circuit work.