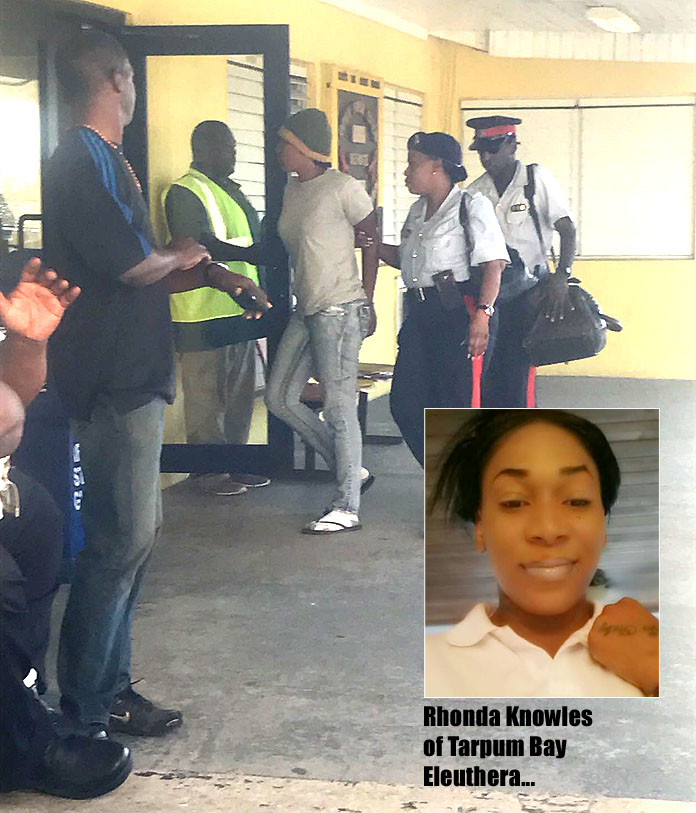 Eleuthera – Police now have that suspect who is alleged to have stabbed a female pastor in Eleuthera today after hiking a ride on Queen’s Highway.

BP has identified the suspect as, Ronda Knowles, of Tarpum Bay Eleuthera.

Earlier today Pastor Clarice Thompson of James Cistern had to be airlifted after she attempted to assist the suspect and give her a ride. It was during that transport when the ‘Chuckie’ spirit in the accused attempted to stab the pastor in the neck. Thompson was stabbed several times before the ordeal ended and the accused fled the scene.

Knowles, some say is believed to have robbed a gaming house on the island and was attempting to make good her escape when the good pastor encountered ‘da devil on the run’.

All we say is this: Da Island Gals getting ‘badder’ than dese city girls. [And das where da VAT MONEY GONE!]