How could Symonette discuss Lightbourne with the Guardian when he himself owed taxes and was at the time one of the richest citizens! 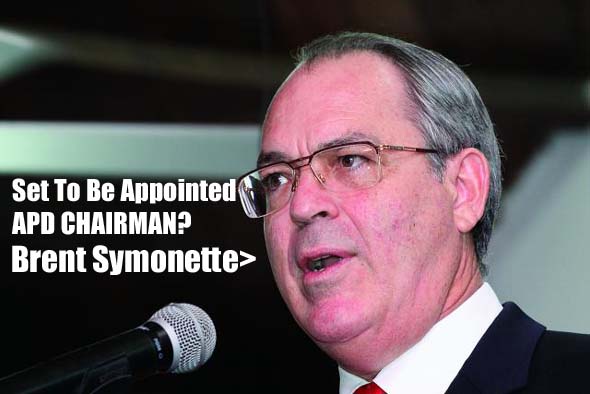 Media dem must now ask Brent Symonette if his taxes are paid up after years of his failure to do so like Lightbourne!

Nassau, Bahamas — Prime Minister Rt. Hon. Perry Christie today made many points during the wrap-up of his Budget Communication in the Parliament.

He told the nation of his intention to have legislation to legalize webshop gaming. Like a brilliant legal mind, he clearly and articulately laid out his case of Vat and promised the country and Parliamentarians that he would almost be certain that the tax applied in the new tax structure would not be 15 percent.

He questioned the opposition by the rich to the new tax plan, arguing that for years the main base of taxation has been laid at the feet of the poor, those who could least afford it. And in the end Christie defended the qualifications and honesty of his tax adviser Ishmael Lightbourne, who he described had sunk to the bottom of his career.

Christie, in his passionate, classic style, pointed to the redemptive powers of our creator, making the point that we all have come short of grace, and he begged Christian leaders to join him in his defense of and decision to give a second chance to a man who was about to lose his home.

Bahamas Press listened intently to Christie, holding almost every word as we dissected his communication to the people. Christie is indeed a distinguish communicator, using colourful language that causes the mind to think. This has always been Christie’s greatest asset.

What we noticed most though was Christie’s compassion for Lightbourne and his family.

In the March 5th edition of the Nassau Guardian, the former Deputy Prime Minister Brent Symonette made some comments which we also believe were extremely lacking compassion.

Yes. Lightbourne didn’t pay his taxes – like most Bahamians – and perhaps should not have been a spokesperson for the new VAT structure; but we at Bahamas Press never agreed that he should have lost his job over the matter.

nd that is why we were shocked by the words of Mr. Symonette who suggested that, had Lightbourne been hired under former Prime Minister Mr. Hubert Ingraham, he would have been fired for his inability to pay.

Perhaps the Nassau Guardian editors did not check carefully its archives and read into the language given by Mr. Symonette, the man whose public life has been rife with Conflict and Scandal! And we repeat “HIS ENTIRE LIFE”.

Brent’s life is not only tainted with the stacked contracts awarded to his Hot Mix company which were considered for the $100 million overruns on the roads or the kickbacks and repaved airport runways when he served as Chairman of the Airport Authority. But Brent and Co are the very group right now mining out of the sandbanks of the Bahamas the country’s most precious resource, ‘ARAGONITE’, where his group – just before the general election – was awarded an extension of 25 years to mine the natural resource. As we reported yesterday Aragonite sells for $900 per metric ton on the world market, yet Symonette’s contract with royalties to the treasury is just $2 per metric ton.

But this is not what we want to share today.

Brent Symonette in the late 1990s was the same man who also was a known “TAXDODGER”. Most reporters would not know, and those who remember have Alzheimer’s by now, on Symonette’s shameful record and history when paying taxes! Brent ‘Small Things’ Symonette in the first Ingraham Government made an offer for his unpaid taxes to the treasury.

Symonette offered the government to move the Magistrate Courts into the Town Centre Mall in exchange for his owed taxes; an offer that was widely discussed in the media. But those in the PLP cannot even remember that; cause they busy keeping Symonette ARAGONITE DEAL under the rug.

Bahamas Press wonders if Symonette is current in his owed taxes and we wonder why, a question of his onetime offer for the government to have his facilities used to pay outstanding taxes was not asked? Perhaps his response would have been “That’s Small Things”!

Symonette should have been the last person to suggest Lightbourne has to go, and he should explain to the Bahamian people what is the new deal with Sandy Cay Development Ltd. Stay Tuned!