It is with deep sadness that The Government of The Bahamas learned of the passing of Commodore William Swinley on June 24th in Guernsey.

In October 1976, then Commander Swinley formed The Royal Bahamas Defence Force where he became the first Commodore and served from 1976 to 1981.

As a former British Naval officer, Swinley as Commodore used his skills to implement systems and structures used in The Royal Navy for the Royal Bahamas Defence Force.

The funeral for Commodore Swinley is to be held on the July 8th in Guernsey and a Memorial Service is scheduled for at a later date in Gloucestershire, England. A representative of The Bahamas High Commission in London will attend the funeral. 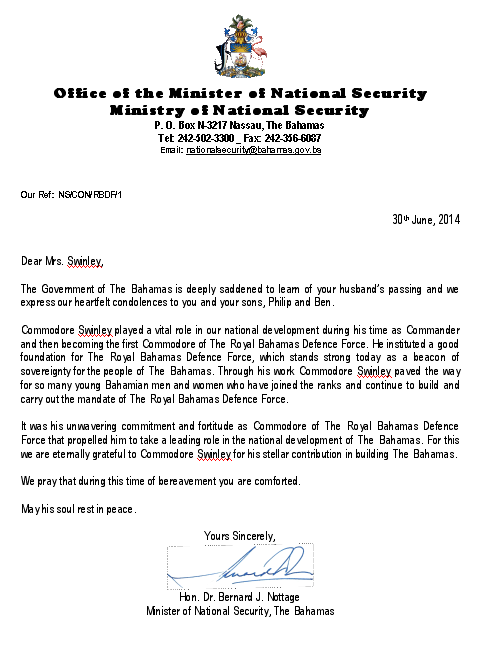