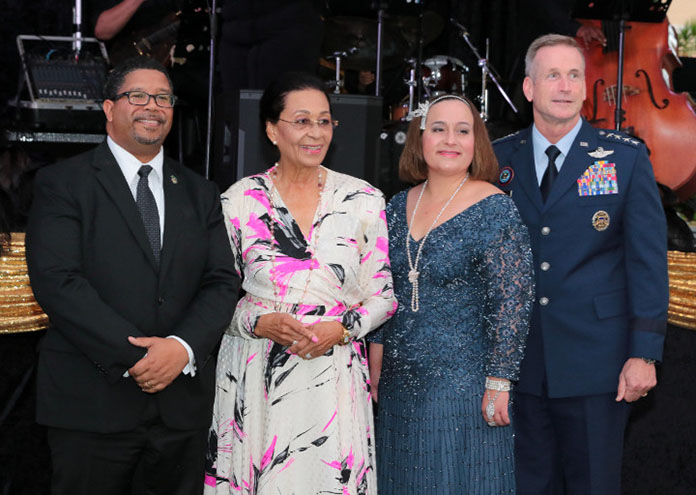 NASSAU, The Bahamas – Governor General Her Excellency Dame Marguerite Pindling attended the Anniversary Celebration of Independence of the United States of America at Liberty Overlook on Tuesday, the eve of 4th of July festivities.