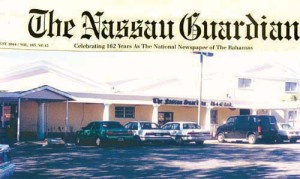 Many of the supporters of the two main opposition parties and even independent observers are now forecasting that the governing Free National Movement (FNM) will be pummeled in the upcoming general election. They are all confident that the FNM will suffer a landslide defeat. At least this is the general consensus throughout New Providence and Grand Bahama. A series of questionable decisions by Prime Minister Hubert A. Ingraham coupled with an anemic economy, high unemployment, the rising cost of electricity,the Dengue Fever epidemic and an unprecedented high murder rate have all turned many Bahamians against the FNM.

Furthermore, if one were to compare PM Hubert Ingraham’s present cabinet with his cabinets of the 1990s; one will undoubtedly come to the stark conclusion that this present FNM administration is not as talented as the former ones. It cannot be denied that several of PM Ingraham’s ministers have not performed as well as was expected.

Moreover, I think most Bahamians are agreed that the electronic and print media will play a pivotal role in the toppling of the Ingraham administration at the polls in 2012. The media has turned against the FNM. Everyday it seems as if the press is inundated with commentaries, columns, letters to the editor and articles that are highly critical of the Ingraham administration and its policies. Even the radio talk shows have become forums where disgruntled Bahamians call in every week day to vent their frustration with the government’s handling of the myriad of issues facing The Bahamas.

The late French political thinker, Alexis de Tocqueville, pointed out in his classic book Democracy In America,  that the influence of the Press (or media) is immense. The Bahamian media has turned many potential voters against the FNM, due to its immense influence. I believe that the media has already caused the FNM to lose this election. Many Bahamians are now wary of the Ingraham administration, because of the press. I also believe that the media had nearly caused an internal friction within the FNM leadership team of Prime Minister Hubert Ingraham and Deputy Prime Minister Brent Symonette. A classic case in point is the WikiLeaks saga. The Nassau Guardian published a series of cables from the whistle-blowing website during the earlier part of this year. In one of the more shocking cables that was published by The Nassau Guardian on May 25, North Abaco Member of Parliament Hubert Ingraham reportedly told a US embassy official in April of 2003 that ”the best thing that could happen was for Brent Symonette to challenge for the leadership, because he would be beaten so soundly that it would shatter all his illusions.”

Soon after the publication of this cable, there were reports coming out of the FNM that Deputy Prime Minister Brent Symonette was seriously thinking about quitting the cabinet after learning of what PM Ingraham said to the US official. If it is indeed true that the Deputy Prime Minister was deeply troubled by what his leader said about him in 2003; and that he was on the verge of quitting PM Ingraham’s cabinet; then one can safely conclude that The Nassau Guardian nearly destroyed an FNM government that is already vulnerable. Perhaps this is proof that The Nassau Guardian is not as loyal to the FNM as some would have us believe. Had Mr Symonette quit the cabinet, that what have further weakened an FNM government that is already tottering. Let me state at this juncture that PM Ingraham was wrong to make such uncharitable remarks about his Parliamentary colleague, if it is indeed true that he made those comments of course. But the question remains;why did The Nassau Guardian published that cable in the first place?

Two-thousand-three was a very long time ago. Why would The Nassau Guardian see fit to publish such a controversial cable one year before this country heads back to the polls? What would anyone gain from the information on that cable? The shocking revelation on that cable had the potential of not only hurting the FNM government; but it could have also ruptured the friendship of PM Ingraham and Mr Symonette. Perhaps Mr Brent Symonette may never trust his Parliamentary leader again. As if the WikiLeaks saga weren’t enough; Deputy Prime Minister Brent Symonette again finds himself in the middle of yet another controversy. A prominent talk show host from Nassau has taken the Deputy Prime Minister to task over an alleged conflict of interest with Bahamas Hot Mix receiving government contracts to build roads. The talk show host has argued that since Mr Symonette has shares in this company, he should not be a member of the FNM Cabinet.

While Mr Symonette has stated to the press that he is in no way, shape or form directly involved with this company; he has admitted that he has transferred his shares into a  trust for his children. However, the Progressive Liberal Party and several pro-Opposition media personalities continue to demand that Mr Symonette resign from the cabinet.

Thanks to the media, this latest saga has given many Bahamians the impression that certain elements within the Ingraham administration are getting their hands greased. It is important for me to state at this point that I have nothing against Mr Symonette or the FNM.

Right now, though, it appears as if certain politicians and media personalities are trying to start a class war in this country. It looks like some Bahamians are envious of Symonette and his family, because of his wealth. In defense of Mr Symonette, we must not ignore all the good that the Deputy Prime Minister has done in his St. Anne’s constituency. But with that being said, I still believe that the FNM probably should have never awarded Bahamas Hot Mix with any contracts to build government roads. I cannot condone wrong. Prime Minister Ingraham and his cabinet must have known that this information regarding Bahamas Hot Mix would have gotten the attention of the Opposition and certain media houses that are vehemently opposed to the FNM. They will both use this as a political weapon against the FNM during the campaign season. The media will continue to harp on this story right up to election time. This is bad news for the FNM.

If nothing else, the past four-plus years have taught me that the media, especially The Nassau Guardian, has hitched its wagon onto the PLP’s train. The FNM can no longer depend on The Nassau Guardian. Moreover, one is often given the impression nowadays that The Nassau Guardian is rooting for the PLP to win the upcoming general election. Progressive Liberal Party supporters have for years accused The Nassau Guardian of being a pro-FNM newspaper. But I have recently seen many articles in the Guardian that are very critical of the FNM government. I have sent letters to that newspaper defending PM Ingraham’s administration on a number of occasions; but they have never seen the light of day.

As it stands right now, it appears as if The Nassau Guardian has turned against PM Ingraham and his FNM government, notwithstanding the hue and cry of the PLP. Should PM Ingraham resort to muzzling The Nassau Guardian? Not at all. The Nassau Guardian was founded in 1844 by an Englishman named Edwin Charles Moseley. At one time in its illustrious history, the oldest newspaper in The Bahamas used to be the official organ of the United Bahamian Party(UBP).

It is ironic, though, that The Nassau Guardian was at one time a rival of Sir Etienne Dupuch and his Tribune newspaper. Believe it or not, The Tribune was at one time the voice of the black masses. The FNM was formed in 1971. The Guardian was in existence some 127 years before the FNM. The PLP was formed in 1953. That’s 109 years after the formation of The Nassau Guardian. My point is this: The Nassau Guardian has seen political parties come and go. If PM Ingraham attempts to censor The Nassau Guardian, he would be committing political suicide. Prime Minister Ingraham fully understands the power that the media wields in a democratic society. As Alexis de Tocqueville once remarked, in countries where the doctrine of the sovereignty of the people prevails, the censorship of the press is not only dangerous, but absurd.