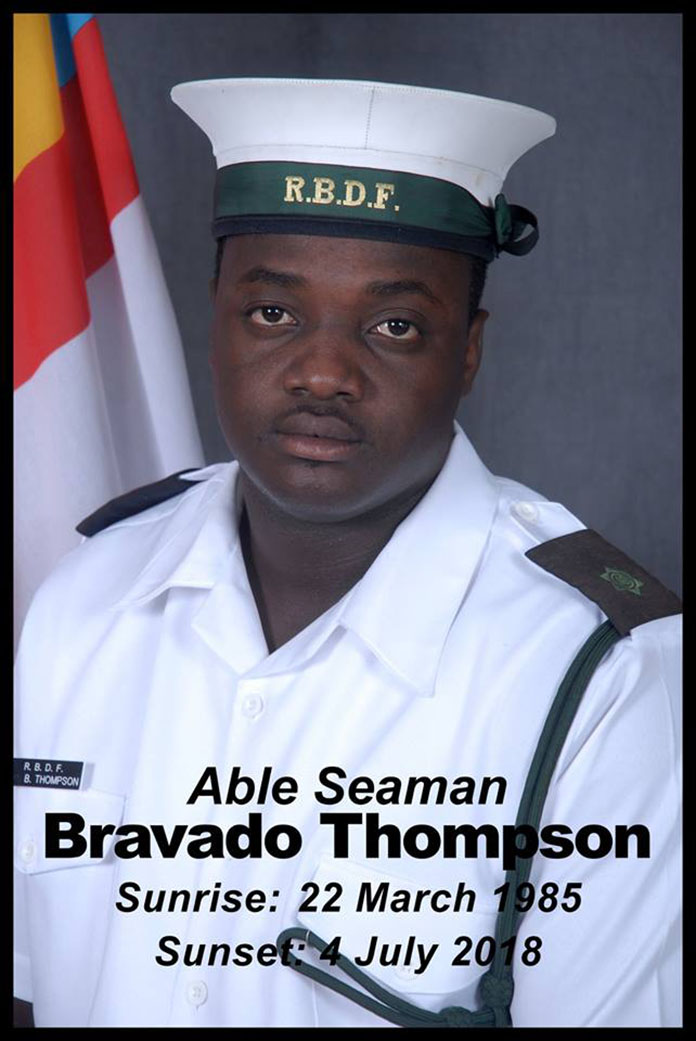 Nassau – BP is reporting that The Royal Bahamas Defence Force tonight is mourning the passing of one of its own: Able Seaman Bravado Thompson, who died on July 4, 2018.

That morning outside his home off Gladstone Road the physically healthy marine was about to pull off with his family in the car, when he suffered a major seizure behind the wheel and died.

Thompson and his fiancée had just engaged one month ago and was expected to marry later this year. Boy I tell ya.

He enlisted in the Royal Bahamas Defence Force as a member of Entry 39 and Woman Entry 11 on January 12, 2004. He, along with 37 other individuals, completed Recruit Training on 30th April, 2004.

Upon successful completion of basic training, he was assigned to the RBDF Band Section of the Administration Department. He was later drafted to the Commando Squadron Department, then to the Military and Force Protection Unit, and his last assignment was in the Supply Department where he served until his demise. He will be eulogised sometime next week.