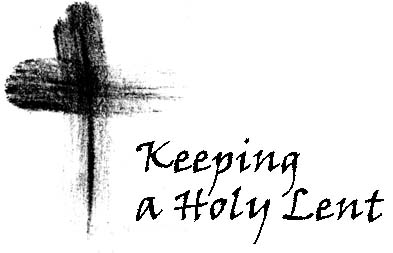 Good Friday, is generally considered the “holiest” day in the Christian calendar, it is believed to be the day when Jesus Christ, the Son of God, was crucified. Marking this day as Good Friday is not representative of an oxymoron, given that it marks the death of Christ, but the exemplification of new beginnings. According to the Christian faith, Jesus was sent to earth by God, His Father, that the world through Him might be saved. His coming was born out of recognition that humankind has departed from the values prescribed by God and relations among fellowmen, and man with God were not satisfactory.

This was a period when leaders — religious and government — were engaged in acts that did not lend themselves to relationships of equality, justice and love among fellowmen. Christians recall the story of Christ’s visit to the temple, His condemnation of a practice he described as akin to that of a den of thieves. In pouring out the money-changers’ coins and overturning their tables, He remonstrated against the unacceptable practice in a sanctuary.

The teachings of Jesus are grounded in four principles: equality, justice, love among fellowmen, and redemption. Children learn at a very early age concepts of love and equality in church songs with lyrics such as: “Jesus loves the little children, all the children of the world. Red and yellow, black and white, all are precious in his sight, Jesus loves the little children of the world.”

The benefit of this early socialisation helps in shaping man’s outlook towards each other, in the sense that none can claim superiority. The history of man has seen this principle used to topple oppressive systems such as slavery, indentureship and colonialism. The American Civil Rights Movement was grounded in this principle.
Values of equality, justice, love and redemption have informed laws, universal declarations, conventions and charters.

Christ’s life exemplifies leadership by example. He preached the principle of doing unto others as you would like them to do unto you. The story of a woman, who had committed an unsavoury act, condemned by the masses and brought before Him to be castigated, His words to the crowd were: “Whoever is without sin among you, let him be the first to cast a stone at her.” (John 8:7 KJV). That none was befitting of this virtue, Christ told the woman, “Neither do I condemn you; go, and from now on sin no more.” (John 8:11 KJV).

Spiritually, the application here is that everyone has shortcomings and if given an opportunity to plead with God for forgiveness, that person would be heard and accepted. Likewise, similar opportunity should be granted to others. At a societal level, the moral rests in opportunity for freedom, improvement, and second chances. Christ’s teachings embody the spiritual, social, political and economic well-being of humankind. He spoke to the importance of spiritual health and wellness, condemned the bad practices of earthly governments and man, inclusive of poverty, intolerance, inequity and injustice.

Obviously, His presence on earth and teachings disrupted the status quo. The religious-minded and politically inclined found His leadership unnerving as He disturbed the way they preferred things. Thus, those who did not condone His actions schemed to have Him killed. As they proceeded with allegations of blasphemy and deserving of death, even though the Roman Governor Pontius Pilate found no evidence to the effect, he handed Jesus’s fate over to the crowd, who called for him to be crucified.

Though on this day in the crucifixion stake-like nails were driven through His palms and feet and in a moment of humanness he cried, “My God, my God, why have You forsaken Me?, (Matthew 27:46 NIV); accepting His role in life between earthly man and heavenly Father, he proclaimed, “No one takes it from Me, but I lay it down of My own accord. I have authority to lay it down and authority to take it up again. This command I received from My Father.” (John 10:18 NIV)”

And while earthly man thought that in crucifying Him, they were killing His teachings for a new dispensation, He was in fact paying the ultimate price to bring about a new life for humankind on earth and in the hereafter. In the hereafter, it is the opportunity to have everlasting life and be with God. On earth, it is a life built on justice, equality, love and redemption. The upholding of these principles in our daily lives can ensure peaceful and harmonious relations among all, given that they are not constrained by religious or irreligious dispositions.