FNM Torchbearer, Carl Bethel was lifted off Bay Street by Police and arrested when he refused to move outside Parliament and was lying down on the ground obstructing traffic. He was later charged with unlawful assembly, obstruction and resisting arrest along with 13 others.

The demonstration was in support of the then BUT President, Mr. Leonard Archer who was forced into early retirement.

Carl Bethel demonstrated his way to power via bully tactics and civil disobedience and was very insulting to Sir Lynden Pindling in the process, Now it’s payback time! 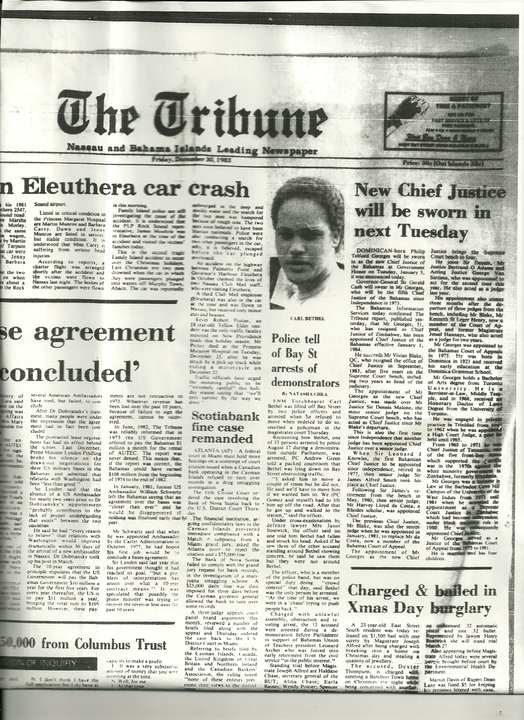