A “YES” vote represents another step towards EQUALITY AND JUSTICE for workers!

Those who CHANGED the system forever!

Nassau, Bahamas – “Until justice rolls down like water and righteousness like a mighty stream,” we should not be satisfied, Martin Luther King Jr. said in his great ‘I have a dream’ speech in 1963.

For some reason, the spirit that walked with the Great Martin Luther King is near BP this morning – echoing that great call of freedom to a people.

A people bound and shackled, gripped by the ages of injustice, naked abuse and pain.

A people snatched away and hidden from the ideals of opportunity for all.

This is the message of the ages – where all over the world men and women have stood together against the will of the few who sought to bind them and imprison them into dark tombs of oppression.

The Bahamas’ bright days – just ahead – are too rich to leave so many behind. 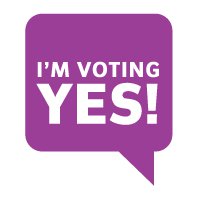 It is too vast with the doors opportunity and filled with the corridors of prosperity to leave its people behind.

To do so would mean that somewhere in history, somewhere on a bus in Montgomery, Alabama, a young Rosa Parks was wrong and the system was right.

She knew that the time to sit had come. She believed that that system, which lauded oppression over her people, should not last a day longer! She wanted equality and justice for all!

To deny a people equal rights would mean that Bahamian men who worked at Windsor Field in 1942 were also wrong, and that the system was right!

They knew – as we all know – that the time to march had come. That the system, which handcuffed and denied equal pay for equal work, should not last another day! They knew it was time to have equal justice for all.

To deny God’s Children their rights would mean that a young Lynden Pindling, Milo Butler and Arthur Hanna were all wrong and the system was right!

Those great Bahamians knew that the time to stand up had come! They all agreed that the system, which hushed the voices of grown men, should not last another night! They knew that it was time to deliver justice like a baton to the people!

And so, after more than half a century, we in the Bahamas have watched, witnessed and unwillingly sat idly by seeing this same injustice committed upon our people, and now today, that time has come to change this injustice for future generations.

The question has been put – should we allow gaming over-the-hill to continue as it did for almost half-a-century, in dark rooms and webshops. Should we keep it in the category of sin – shackled in an underworld of lost treasures and chance?

Should we continue to lock our people up and humiliate them before the cameras like packs of dogs on leashes? If not – then VOTE “YES”!

Should we continue to wine and dine as reverends, sitting at plush banquet tables hosted in world renowned “Casino Temples” on Paradise Island and in Cable Beach – playing our own games of chance, wagers /raffles -while we drink from the crystal cups? And then return on our soapbox pulpits and condemn our brothers and sisters who commit the same??? Something must be wrong with this picture!

Should we continue as pastors and reverends to drive guests in our taxi cabs to the doors of the Casinos and quickly count our tip under a chorus of blessings – all to condemn our brothers and sisters for placing 50 cents into a computer – does anyone see the hypocrisy here?

And why should a government – ANY GOVERNMENT FOR THAT MATTER – collect license fees and issue a document claiming legitimacy to a Webshop – and then after collecting those taxes and then turn around and say, “you are breaking the law”? Something must be wrong with this.

Bahamas Press believes we have reached that URGENCY of NOW!

We believe the people of the Bahamas have reach at this time in history to change the direction of our country for the better!

We know that you cannot have a society where freedom and opportunity are extended to a few and denied to others!

It must be freedom and justice for one and all! Period!

The January 28th poll must be the tipping point to shatter another glass in our history as a nation to keep jobs, preserve our economy and open new doors of opportunity for our people!

A “YES” VOTE does just that!

Bahamas Press endorses the “YES” VOTE Campaign! For we believe in Bahamians – and we ga put dem first!

For – “Until justice rolls down like water and righteousness like a mighty stream,” we should not be satisfied…