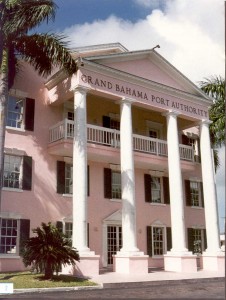 The movers and shakers at the G. B. Port authority always try to make the General Public in Grand Bahama believe that they have their best interest at heart, with their public  charitable gestures.

But they make up for it behind the scene by raising prices on the services that they offer to the unsuspecting public and the most resent was on July 1st 2011, when the residential Garbage pick up rate went from $24.00 per month to $25.00.

And these blood suckers had the nerve to come back six months later in this suppressed economy where the unemployment rate is so high and the majority of its residence whether employed or not, are catching eternal hell and they had the nerve to raise the price again as of January 1st 2012 from $25.00 to $26.25, which may seem small but it adds up to thousands;  being squeezed out of we the people who are already strapped for cash. The public at large needs to band together and protest this resent move by these licensed thieves known as the Grand Bahama Port Authority.

EDITOR’S NOTE: Perhaps you should also add the increased taxes levied on the Bahamian people in the past four years; Airport Departure tax under the FNM have increased from $15 to $25. A New LPIA Facility TAX is now 21.40 plus $7 plus and additional $6 here in the Bahamas. At the end of the day when ya add up all the new taxes imposed by this FNM government at the AIRPORT, you are paying almost $93.70 in TAXES ALONE! Tax the people to hell while a few go laughing to the BANK! WE REPORT YINNER DECIDE!