WE ARE BACK ON THE INCREASE >>> Shooting Victim dies in Hospital, Island-Wide Manhunt Launched 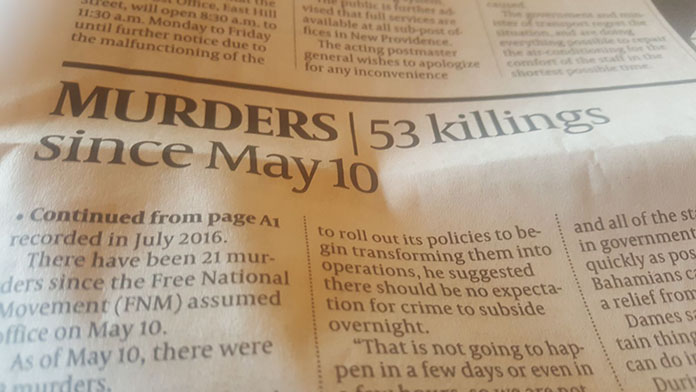 Nassau, Bahamas – Police have launch an island-wide manhunt for a suspect responsible for an overnight shooting death of a man that occurred on Sunday 16th July 2017.

According to reports, shortly after 10:00pm, a man was walking on Third Street, Coconut Grove, off Robinson Road, when a male approached and shot him before fleeing on foot. The victim was taken to hospital where he was detained in serious condition.