In the first incident, shortly before 9am, police in Grand Bahama were called to a traffic accident that occurred on Frobisher Drive and Hearne Lane, involving a white 2006 Ford F-150 truck and a 68year old female pedestrian.

The female pedestrian was transported to the Rand Memorial Hospital by EMS personnel where she later succumbed to injuries.

In the second incident on Saturday 2nd December 2017 shortly before 12:00am, police In Abaco were called to a traffic accident on Forest Drive, Murphy Town, Abaco, involving a black Nissan Silvia vehicle with three male passengers and a white 2003 Suzuki Van with a lone male driver.

Both vehicles received extensive damages. One of the victims we understand is Harold Brown AKA Kevin.

BP just yesterday in a continued attempt to alert persons that this is the holiday season. There ia no need for speeding, texting behind the wheel or driving drunk or high.

If you are practising such Stop It Now! The life you might save ia ya own! 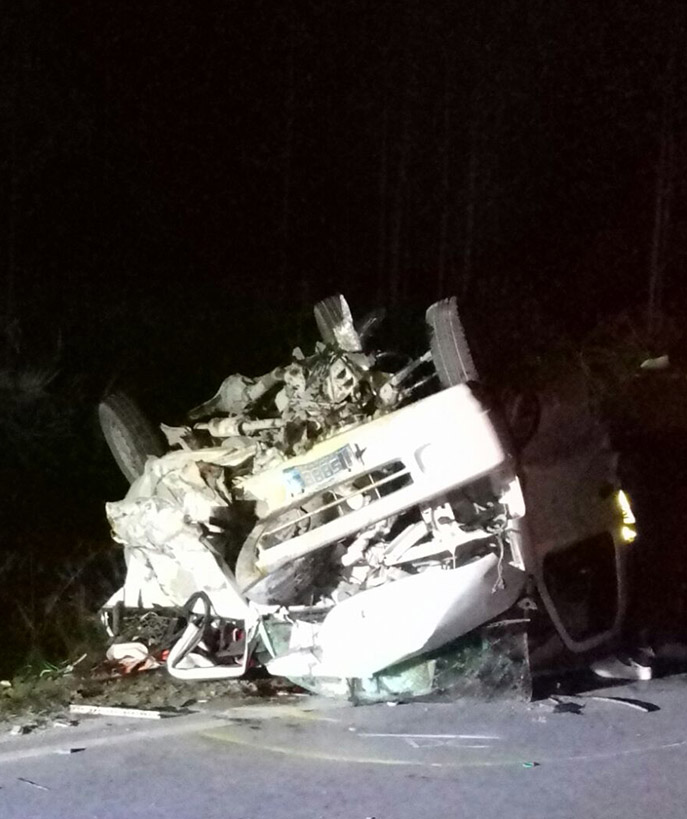