Who yinner think is telling the LIE in this row? 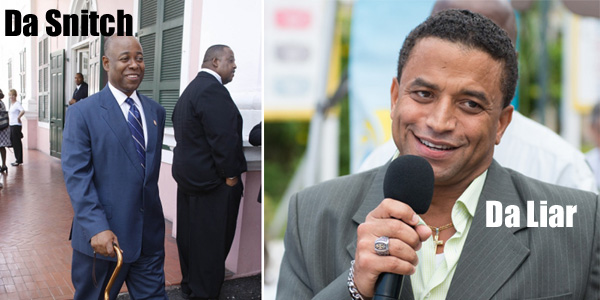 I refer to the business section of today’s Tribune under the heading “DNA Chief, Minister clash over Carnival’s ‘crime advisory’ fear.”

It is rather unfortunate that the leader of the DNA has unwittingly landed himself in the middle of what is now a matter of a police investigation.

Secondly, and equally as unfortunate, Mr. McCartney, a jurist no less, has now drawn a senior executive of Carnival Cruise Lines into the Bahamian political theatre over a non political operational issue between the Ministry of Tourism and its many corporate partners. He has also maligned me as Minister and by extension the government of The Bahamas by spewing untruths into the public domain.

The record clearly reflects that our relationship with Carnival and the Florida Caribbean Cruise Association (FCCA) remains strong and our dialogue fluid. In fact, I have already spoken with the President of the FCCA Michele Paige and the Chairman of the Carnival Corporation Mr. Mickey Arison on this development. We will meet during the upcoming FCCA conference in Mexico. Any and all issues raised by our parties are treated as priorities.

This is irresponsible and unseemly behavior on the part Mr. McCartney and unbecoming of one who seeks to lead a nation. How can he claim to be concerned about crime yet knowingly use and disseminate allegedly confidential documents obtained under questionable circumstances? A responsible leader would have connected the act of cyber hacking to an act of criminality. I expected better from Mr. McCartney.

This matter is now in the hands of the Royal Bahamas Police Force.