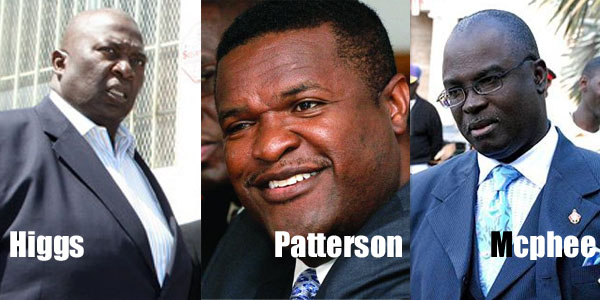 Some say the Spencer man had collected some $25,000 a day – He was making more profit than the NUMBER MAN! Woman say she could not get prayers if she did not bring the money and was about to give the preacher her $65,000 beach property- REPORT BREAK BY ZNS!

BP MORNING BREAKING UPDATE >> Ranford ‘Patty’ Patterson, who has been in voluntary exile since the revelations and allegations of ‘SISSYIN’ emerged on Grand Bahama, has now spoken out on the ‘scam preacher’ who gleaned thousands of dollars from Bahamians.

Patterson said he is not sorry for the faint hearted who bought hook line and sinker the lies of the scam artist.

He, in fact, added that das good for dem!

The foreign preacher attained his permit though the Department of Immigration with the help of two Bahamian revs: Shelton A Higgs and Dr. Philip McPhee.

Higgs said Spencer, who is from the Caribbean, is a good preacher. No word has come on how much money Spencer paid the two Bahamian preachers, but we know he is alleged to have wired some $25,000 out of the country and was about to have transferred a $65,000 property on Grand Bahama. With all the seers.

With all the Prophetic Voices around town. With all the people say they hearing for the BOSS – how come no one could have seen dat? Boy I tell ya – WE NEED TO VOTE NO on some more things in this country….