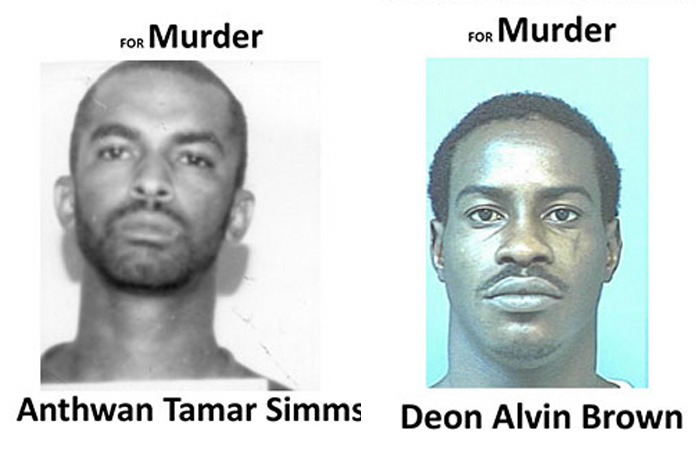 Freeport, Grand Bahama – Police in Grand Bahama need your assistance in locating two male suspects who they need to question for Murder.

The first suspect is 40-year-old Anthwan Tamar Simms of #3 Manton Drive. He is described as standing at 6’1” in height, weighing 170 lbs., light brown complexion and average built.

Both suspects are considered Extremely Dangerous and should not be approached.