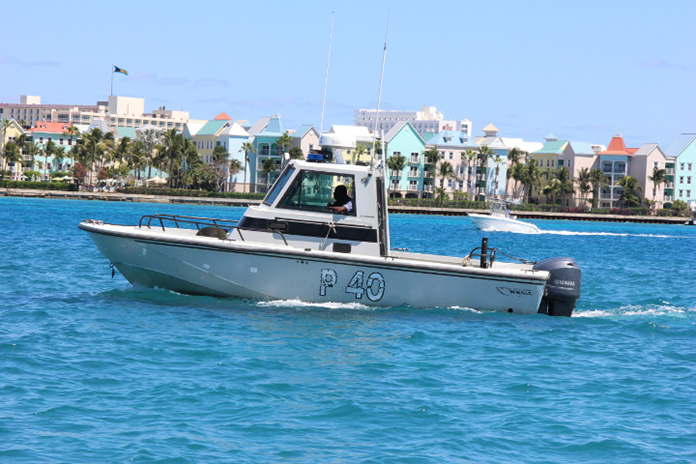 The two men were left holding onto their 12-ft Boston Whaler, which capsized without life jackets when the incident happened in strong winds and six to eight foot seas. RBDF patrol craft, P-40, coxswained by Leading Seaman Anthony Rigby from the RBDF Harbour Patrol Unit was deployed and found them after being notified by occupants onboard the boat.

Just 5 days ago (Monday 19 November), the RBDF patrol craft P-125 coxswained by Petty Officer Brian Anderson rescued three men from Cat Island after their boat ran out of fuel and went adrift for a day in the Exuma Sound.

Thirty five persons have been rescued or assisted at sea for the year by the RBDF.

The men and women remain committed to guarding and protecting the territorial integrity of The Bahamas.