First we heard of a woman getting drugged and sodomized, now a 15-year-old boy by two pastors?

One of the men from GB has two children and a wife! WELL WHAT IS DIS?

BP BREAKING REPORT!!!! >> Bahamas Press eyes and ears on the ground have now tracked down those two ‘Prophetic Poofters’, who allegedly drugged a 15-year-old and were caught bald-naked getting ready to sodomize the schoolboy.

The crime was interrupted by the sister of the young boy. Charged in the courts today were these two pastors Arsenio Butler and Devin Sears of People’s Assembly World Centre on Wulff Road.

The couple allegedly drove the young boy around Nassau and then took him near his home where they allegedly stripped the child and themselves. The sister ran up on the incident and BAM!

And while naked like in the Garden of Eden the men were about to ruin another child!!! Swift action by people and then the police delivered an arrest.

The men will return to court for a bail hearing. One of the pastors is married with two children out of Grand Bahama – YET – he all about ALLEGEDLY strippin down other people children? What in the hell is dis tonight!!! YA CAN’T LEAVE YA CHILD HOME MUCH LESS IN CHURCH DESE DAYS!!!!! 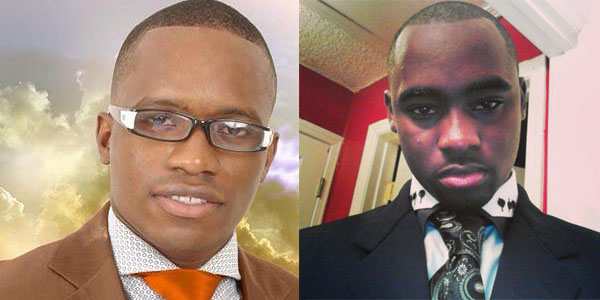