Police closer to hunting down suspects in this latest homicide…. 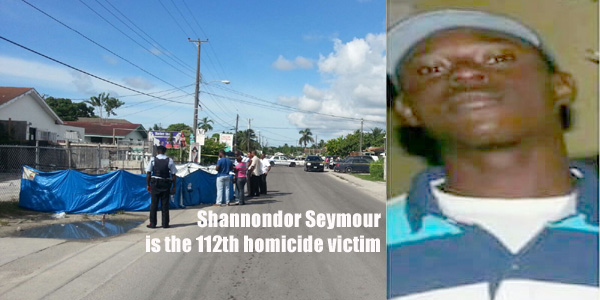 Nassau, Bahamas — According to reports, shortly after 9:30am on Sunday 27th September 2015, a man was walking on Alexandria Boulevard, Nassau Village, near Price Street when two males pulled up in a light blue Hyundai vehicle and shot him before speeding off.

The victim was pronounced dead on the scene, with his face torn off with an AK-47 automatic weapon.

A short while later police recovered the getaway car in the South Beach area, however, the culprits had vanished and melted into the community.

The victim we can confirm is Shannondor Seymour and was wearing an ankle bracelet at the time of the shooting.