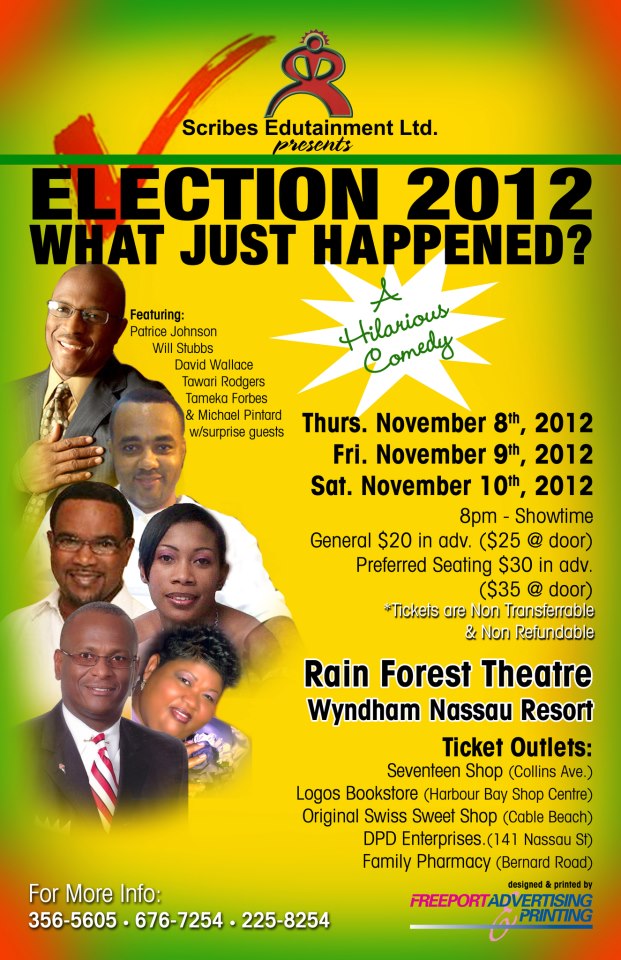 The theatrical production is brought to you by the same writers and producer of “Election 2002- If You Don’t Laugh, You’ll Cry” and “Election 2007- Count It Again Man, Count It Again.” It is suitable for the whole family; you do not want to miss this one!