Who was it? And why isn’t Hubert Ingraham saying a damn word? THIEF!!!! 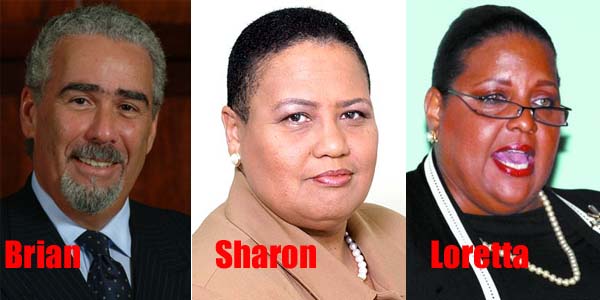 WHO YINNER THINK COLLECTED THE BRIBE? 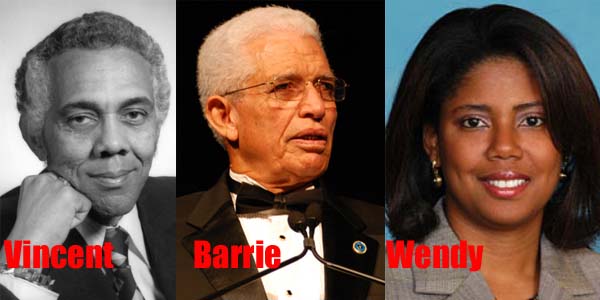 New Haven, USA — Alstom SA, a French power and transportation company, pleaded guilty on Monday and agreed to pay a $772,290,000 fine to resolve charges related to a widespread scheme involving tens of millions of dollars in bribes in countries around the world, including The Bahamas.

“Alstom’s corruption scheme was sustained over more than a decade and across several continents,” said deputy attorney general James Cole.

“This case is emblematic of how the Department of Justice will investigate and prosecute FCPA [Foreign Corrupt Practices Act] cases – and other corporate crimes,” said assistant attorney general Leslie Caldwell. “We encourage companies to maintain robust compliance programs, to voluntarily disclose and eradicate misconduct when it is detected, and to cooperate in the government’s investigation. But we will not wait for companies to act responsibly. With cooperation or without it, the department will identify criminal activity at corporations and investigate the conduct ourselves, using all of our resources, employing every law enforcement tool, and considering all possible actions, including charges against both corporations and individuals.”

“This investigation spanned years and crossed continents, as agents from the FBI Washington and New Haven field offices conducted interviews and collected evidence in every corner of the globe,” said FBI executive assistant director Robert Anderson. “The record dollar amount of the fine is a clear deterrent to companies who would engage in foreign bribery, but an even better deterrent is that we are sending executives who commit these crimes to prison.”

Alstom pleaded guilty to two-count criminal information filed on Monday in the US District Court for the District of Connecticut, charging the company with violating the Foreign Corrupt Practices Act (FCPA) by falsifying its books and records and failing to implement adequate internal controls. Alstom admitted its criminal conduct and agreed to pay a criminal penalty of $772,290,000.

According to the companies’ admissions, Alstom, through various executives and employees, paid bribes to government officials and falsified books and records in connection with power, grid and transportation projects for state-owned entities around the world.

Alstom and its subsidiaries also attempted to conceal the bribery scheme by retaining consultants purportedly to provide consulting services on behalf of the companies, but who actually served as conduits for corrupt payments to the government officials.

The plea agreement cites many factors considered by the department in reaching the appropriate resolution, including: Alstom’s failure to voluntarily disclose the misconduct even though it was aware of related misconduct at a US subsidiary that previously resolved corruption charges with the department in connection with a power project in Italy; Alstom’s refusal to fully cooperate with the department’s investigation for several years; the breadth of the companies’ misconduct, which spanned many years, occurred in countries around the globe and in several business lines, and involved sophisticated schemes to bribe high-level government officials; Alstom’s lack of an effective compliance and ethics program at the time of the conduct; and Alstom’s prior criminal misconduct, including conduct that led to resolutions with various other governments and the World Bank.

After the department publicly charged several Alstom executives, however, Alstom began providing thorough cooperation, including assisting the department’s prosecution of other companies and individuals.

To date, the department has announced charges against five individuals, including four corporate executives of Alstom and its subsidiaries, for alleged corrupt conduct involving Alstom.

In connection with a corrupt scheme in The Bahamas, beginning in or around 1999 and continuing to in or around 2004, Alstom began bidding on power projects with the Bahamas Electricity Corporation (BEC), the state-owned and state-controlled power company in The Bahamas. BEC was an “agency” and “instrumentality” of a foreign government, as those terms are used in the FCPA.

Alstom and its co-conspirators made payments to Bahamian officials to obtain or retain business in connection with the power projects for Alstom and its subsidiaries.

Specifically, in connection with the bidding on the power projects, Alstom, through a consulting agreement, retained a “consultant” who, as certain Alstom employees knew, was a close personal friend of a board member of BEC. The consultant’s primary purpose was not to provide legitimate consulting services to Alstom and its subsidiaries but was instead to pay bribes to the official, who had the ability to influence the award of the power contracts. The consultant was a US citizen was based in the United States, and maintained a bank account in the United States.

The consultant had no knowledge about, or experience in the power industry. Rather, the consultant sold furniture and leather products, and exported chemical products and spare parts. Alstom provided the consultant with the information to include on the invoices he submitted for payment so that there would be appear to be sufficient documentation of purported services rendered to justify payment.

Alstom and its co-conspirators were ultimately awarded the power projects by BEC. Alstom made payments to the consultant for the purpose of paying the official in exchange for his assistance in awarding the projects to Alstom and its subsidiaries.