Wave of discontent sets in hard against Christie PLP Regime – 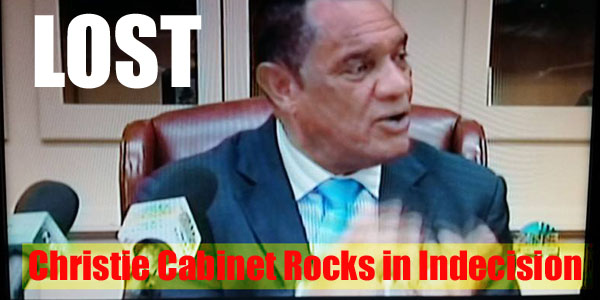 The people are tired of the people ‘selling dreams’ and now wants Change!

Nassau, Bahamas — The Prime Minister attempted to hold a Gold Rush turned DUST rally in the Cabinet Room yesterday, and, from all indicators, things are looking bad for the PLP! And while Christie was in damage control, guess what happened? Some ministers were NO-SHOWS! Some appeared tired of Christie dreams and believe the PLP must now move on from ‘yesterday’s news’.

However what was evident during the event was the contention with the press. The PLP REGIME has a new found hate for the media and for social media pages like Bahamas Press – the blog which brought them to the dance and thrust them into the door of power.

They hate TRUTH! Yesterday’s press conference was another failed exercise of Christie. Ministers were not in the country for the flopped event and even some who attended sat in their chair and sucked their teeth as Christie became combative with a line of questions from reporters.

But while Christie was fighting with the media, Dr. Hubert Minnis and his firebrand BIG RED MACHINE were rolling through the streets, turning up the heat and feeling the love from the people in a mass rally at the party headquarters last evening.

The turnout was as if elections were about to be called Monday morning. Thousands of Bahamians, including BP, were on the ground cheering speaker after speaker in the front row, and the crowd was loving the new popular wave for the FNM!

And so, while Christie was in his mini rally fighting with the press, failing to answer questions and sounding inconclusive on almost everything – the FNM was feeling the love and falling back in love with thousands of Bahamians.

Christie has beaten Ingraham, but he has never beaten Dr. Hubert Minnis.