Letter writer highlight how Loretta Butler refused to march with FNMs in the streets! 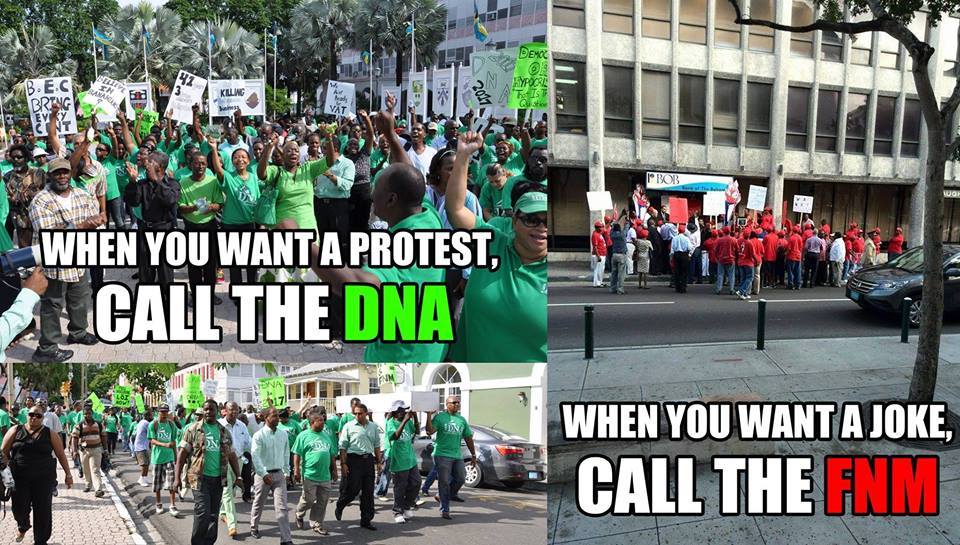 I am indeed surprise and shock to see the few, juiced up by the Free National Movement, who were once again tricked into following a diabolical lie.

On Wednesday the few supporters marched to the Bank of the Bahamas in what can only be described as a celebration of its own failure in managing the bank. Some $100 million we know was granted in loans by the Ingraham appointed board at BOB. The loans went into default and, well, the FNM who left the mess went out of power.

The new leadership of the party now want what they call transparency in what happened to BOB while they sat in power. Now this is interesting because the FNM, we know, heads the Public Accounts Committee which fails to meet.

What is worse, when you examine the hypocrisy of the FNM, is the fact that the Party didn’t want to march when we found out that another official in their party collected a $300,000 bribe at BEC. No one wanted to march when it was discovered that some $10 million in stock at the PHA vanished while its leader served as a Minister in the Cabinet! And not one FNM wanted to march when we discovered how millions were paid out by the treasury to executives at BTC and furthermore unapproved bonuses were paid out to management at NIB while they watched the purse of the Bahamian people.

As an avid reader of information it baffles me why members of the FNM would celebrate its failures so boldly in the streets, incidents they know they poorly managed while they sat in power.

While they continue to march, all I will be asking is this: Why yinner think Loretta has almost vanished off the scene?