Nassau, The Bahamas – With their Boxing Day theme, “Peace, Love, and Happiness” the Paradise Games “Valley Boys” secured a win making them triumphant three junkanoo parades in a row. They have won five of the last seven junkanoo parades on Bay Street. Aside from Best Overall they also took, Best Music, Best Lead Costume, Best Off the Shoulder, Best Shirley Street.

One observer told BP the Valley Boys knocked the Saxons back in space! Another said with Christie Leading the Valley from behind and Gus from the heavens defeat is impossible!

Brian Adderley, leader of the junkanoo group told ZNS News, “We are very pleased with our performance. We had some more technical aspects we wanted to incorporate, but after the rain came out on Bay Street, we were unable to do that.

They have won five of the last seven junkanoo parades on Bay Street. 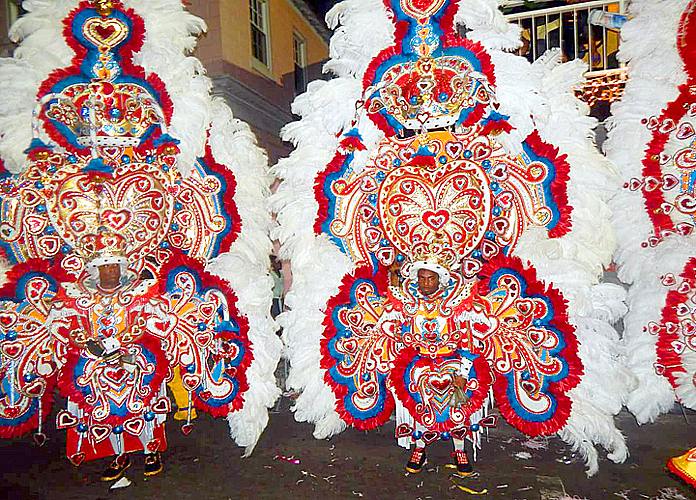