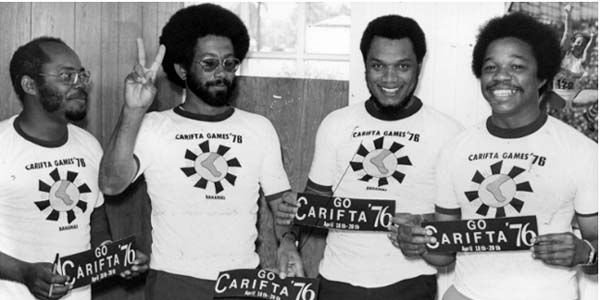 At 3:00am, Saturday the 4th day of January, 2014,  just a day after his return from a six month stay at the Ryder Centre at the Jackson Memorial Hospital in Miami and three days after his beloved Valley Boys completed a double at the Junkanoo parades, the man who contributed so much to Bahamian and regional Track & Field passed on to eternity.

Growing up initially in Mason’s Addition, Winston “Gus” Cooper moved with his family to the “Valley”, where his creative juices grew, inspiring him to become one of the Bahamas’ cultural icons in Junkanoo and an innovator in Track & Field.

Cooper had his early introduction to sports through the St. George’s Sporting Club in the late fifties. He founded the Valley Boys Junkanoo group which went to Bay St. for the first time for the Boxing Day parade in 1958 and remained the leader of the group for fifty-five years until his passing.

In 1960 Cooper was one of a group of men who left the St. George’s Sporting Club to establish the Pioneer’s Sporting Club. Cooper participated in both the Triple Jump and the 400m.

At Morgan State University in Baltimore, where he was one of four stellar Bahamian athletes who attended, his leadership skills were further matured. Upon his return to The Bahamas he became a physical education teacher in the public school system, a top a Track & Field coach and administrator in his beloved sport.

In 1968 Cooper became the Head Coach of the Bahamas’ Track & Field team that participated in the Mexico City Olympic Games. At those Games The 4x100m relay team of Norris Stubbs, Bernard Nottage, Kevin Johnson, and Tommy Robinson set a new Bahamian national record of 39.45sec that would last for a quarter of a century.

Cooper was also the coach of the 1972 Munich Olympic Games team.

As President Cooper supported The Bahamas’s participation in the Carifta Games, which was first held in 1972 in Barbados. The Bahamas participated for the first time in 1973 in Trinidad & Tobago. The country won one medal, a bronze in the Triple Jump by Peter Pratt.

In 1974 the Games were held in Kingston, Jamaica and the medal count increased to four. Rickey Moxey was the sole gold medalist winning the Under-17 Boys 100m in 11.3sec.

In March of that year The Bahamas participated in the Central American and Caribbean Games in Santo Domingo.

Prime Minister Sir Lynden Pindling encouraged Cooper and Dr. Bernard Nottage, who had recently returned to The Bahamas from Great Britain to travel to Bermuda in 1975 to make a bid to host the 1976 Carifta Games.Many said The Bahamas did not have the facilities, the athletes, or the money to host the Games.

On the final evening there was no standing room at the Queen Elizabeth Sports Centre.

The Bahamas improved from eight medals in 1975 in Bermuda to twenty-seven medals, placing third behind Jamaica and Bermuda.

Some of those athletes who made a mark on the senior program included Long Jumper Shonel Ferguson, Triple Jumper Steve Hanna, sprinter Rickey Moxey, and thrower Bradley Cooper.

These Games saw an Opening Ceremony for the first time along with a Carifta Logo, and Carifta Flag. Both were designed by Cooper, who was endowed with the ability to design from his the early days of The Valley Boys.

These Games were voted the best ever by the visiting teams.

In 1978 Cooper became the first Director of Sports in the newly formed Ministry of Youth, Sports & Community Affairs, where he remained for nearly twenty-five years.

During this period Cooper supervised the drafting of the National Sports Policy; supervised the implementation of the first Bahamas Games in 1989; initiated the Elite Athletes Subvention Program; oversaw the construction of the Churchill Tener-Knowles National Softball Stadium, the Kendal G. Isaacs Gymnasium; and the Betty Kelly Kenning National Swim Complex.

Cooper guided the restoration of the South Beach Pools and the Blue Hills Sports Complex.

He is thought to be the longest serving Director ever in The Bahamas Government.

He played an instrumental role in the development of the new Thomas A. Robinson National Stadium.

For his contribution to sports in The Bahamas Cooper was inducted into the National Sports Hall of Fame in 2008 on the same evening that the fiftieth anniversary gala of the Valley Boys was held.

In 1995 Cooper was inducted into the BAAA Hall of Fame for services rendered to Bahamian Track & Field.

In July of 2013 Cooper became sick and had to be airlifted to the Jackson Memorial Hospital in Miami, where he was treated at the Ryder Trauma Centre. His medical expenses were astronomical.

On Saturday November 16th, a day before Cooper’s seventy-second birthday a fund raiser was held by the Friends and Family of Winston “Gus” Cooper. On that day Gus’ oldest son Anthony passed away.

As we mourn the passing and celebrate the life and significant contributions of Winston “Gus” Cooper to The Bahamas, we can say that he had the baton passed to him and completed his race in fine form.

May his soul rest in peace and let light perpetual shine upon him. 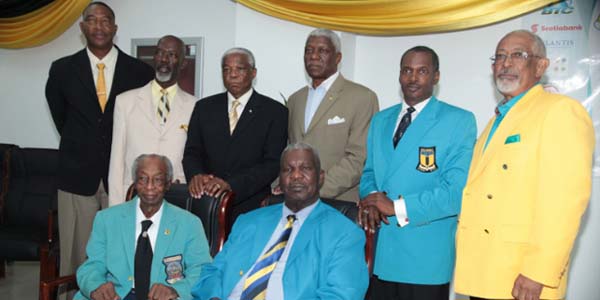