Pink slips are being issued like the Pinkeye on Grand Bahama today! 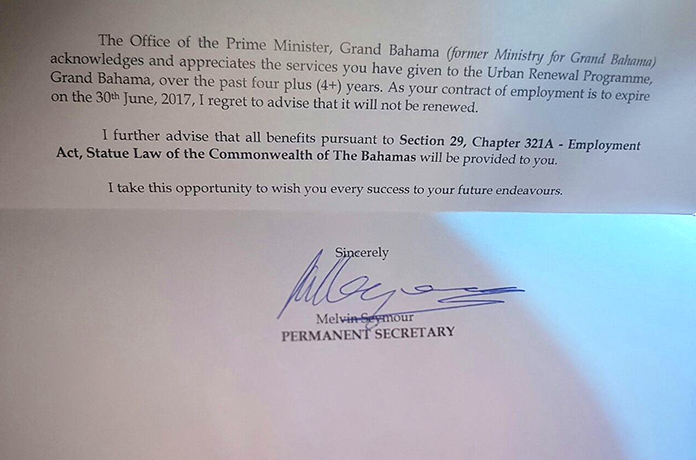 Nassau, Bahamas – All hell is breaking loose in the northern part of the country as we are learning scores of Urban Renewal workers on the depressed island of Grand Bahama have been sent home.

We understand the workers were told to report to the Office of the Prime Minister in Freeport where they collected letters and pink slips.

This certainly was not expected on that island which has felt the wrath of eight major storms since 1999. The depressed financial state of Grand Bahama is by far already difficult for many! It is so dire that the lost of just one job could be felt from East to West End!

Grand Bahama elected all five FNM MPs. The island has three Cabinet Ministers sitting around the table of the Minnis Government. How persons could just sit by and allow one job to be lost and not one noise raised is indeed shocking!

But its Dem People Time!