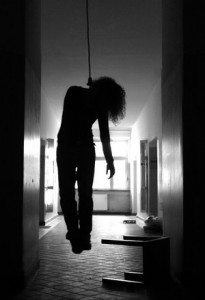 Nassau, Bahamas — Bahamas Press has just confirmed the report of another attempted suicide incident – this time at the Willamae Pratt School for girls.

We can report a 16-year-old girl, sometime around 6pm this afternoon, tied a white sheet to the ceiling of her room in block 2 at the facility. She then, according to our source at the school, positioned a bucket underneath, which she stood on as she tied the end of the sheet around her neck and jumped, attempting to end her life.

We are being told the young woman had been plagued by a barrage of troubles after having a run-in with the law and being rejected by close relatives.

BP is asking residents around the country, in particular the Church, to pray for the young woman who, we are being told, has gone though serious traumatic events in her early life.

In mid January, a 25-year old American guest leaped to his death onboard a Royal Caribbean Monarch of the Seas cruise ship. It is believed he committed suicide following relationship issues.

Again, just three days ago,  a young 31-year-old man of the Rock Crusher community ended his life following his inability to find a job on New Providence. The young man took ill following the employment ordeal. He was found by his aunt hanging from the closet in his bedroom.

The department of statistics has revealed troubling signs that the crisis of poverty is climbing across the country. People are losing jobs and homes and many are finding it hard to cope. The agency reported that persons earning under $5,000 in the Bahamas has climbed by 83% between 2007 –2011.

The number of the working poor is on the rise with many facing difficult times across the country – with some even deciding to end their lives.

The department of social services because of the increasing number of suicide incidents in 2010 introduced a hot-line for persons in distress.

Any persons experiencing difficulties, stress, depression or suicidal thoughts is asked to please call the hotline at 322-2763. Concerned relatives and friends are also encouraged to call.

We at BP are saying to young people: suicide is not an option, although life is filled with ups and downs, Choose LIFE!