Even the garbage man driving bad these days – what we ga do?

A 19-year-old female of Wilson Track is dead after a garbage truck reportedly crashed into her home.

According to reports the incident occurred shortly after 10:00 pm on Friday as the men were collecting garbage in the area.

It is believed the brakes failed and the dumpster crashed into a room where the teenager was.

This was the second fatality for the evening as police are investigating a traffic accident that has left a 14-year-old female of Deans Lane dead and a 6-year-old boy in serious condition in hospital.

We can confirm that highway accident which involved the pair occurred just across from Ron’s Auto.

The incident reportedly occurred around 4:47 pm on Friday afternoon.

Preliminary reports indicate that the driver of a gray 2004 Nissan Skyline was traveling east on Tonique Williams when the incident occurred.

The female, a student of H.O. Nash Junior High School, was pronounced dead at the scene.  And the younger boy was left in critical condition. 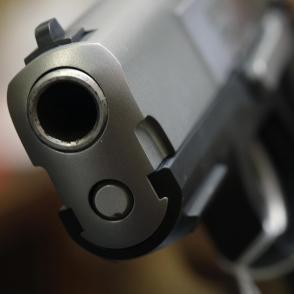 Police are requesting the public’s assistance in locating two (2) men responsible for a shooting incident that has left a 40-year-old male of Zinna Court, dead.

The incident reportedly occurred shortly before midnight on Friday.

Initial police reports indicate that the victim on arrival to his Kennedy Sub-division residence was approached by the men, wearing black hooded jackets, who opened fire on him, killing him.

The victim is part of the rising tide of crime where lawless men are granted bail and given freedom to rain terror on the society.

The victim becomes the 106th murdered victim for the year.