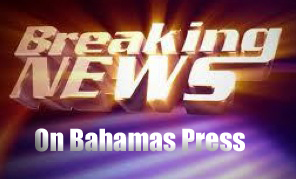 Nassau, Bahamas – Bahamas Press agents on Grand Bahama are racing to the Eight Mile Rock area to gather details of the country’s 4th murder in less than 12 hours.

We can tell you at this hour a female, believed to be in her early 20s, was stabbed to death and knifed deep in the throat following what appears to be a domestic dispute in the Hanna Hill community.

Sources now at the scene tell us that the young woman’s throat was slashed deeply following that altercation which occurred between her and another person. We are told following the fatal stabbing her attacker fled the area. [The attacker’s capture is still unconfirmed].

This incident records the fourth strange death for the day. Early today a man drowned in western New Providence and around 2 am the son of Consul-General Rhonda Chipman-Johnson, Parhon Johnson, was gunned down in the Farrington Road area where he succumbed to his injuries. Then at Old Fort Bay Police discovered the lifeless body of a 34-year-old man by the name of Artlet George Simmons. He was a security guard at the gated community. His death is still unclassified by police.